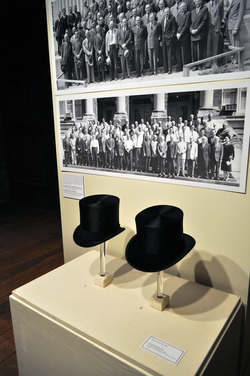 These beaver fur top hats are part of an ongoing exhibit at the Stone Fort Museum called "Old Hat: 100 Years of Headgear." The exhibit, which will run through Dec. 19, explores the social and cultural context of wearing hats with 65 hats, caps and bonnets dating from 1850 to 1950.

The lecture will be held in the Kennedy Auditorium adjacent to the museum on the SFA campus. A former research assistant at The Costume Institute of the Metropolitan Museum of Art, Matheson has taught in the History of Art Department at the Fashion Institute of Technology. She is the author of "The Sunbonnet: An American Icon in Texas" and "A House that is Made of Hats: The Lilly Daché Building 1937-1968" included in "The Places and Spaces of Fashion: 1800-2006."

Matheson has worked in costume design and museum collections, and she has taught at FIT and Berkeley College, New York City. Her current book project "Young Originals: Emily Wilkens and the Teen Sophisticate," forthcoming from Texas Tech University Press, explores the life and work of Wilkens, an innovator in the field of American teenage clothing in the 1940s.

The museum be hosting a reception for the exhibit "Old Hat: 100 Years of Headgear" from 2 to 5 p.m. on that Sunday. The exhibit explores the social and cultural context of wearing hats with 65 hats, caps and bonnets dating from 1850 to 1950. Everything from the ubiquitous sunbonnet to the popular fedora is on display.

"Historic photographs and a wide variety of hat styles tell a story that is about more than function," said Museum Director Carolyn Spears. "Until the 1960s, hats were a wardrobe necessity for both men and women. Phrases such as 'mad as a hatter' and 'tip of the hat' are reminders of the pervasive influence of hats at one time."

The display includes artifacts from the museum's permanent collection, as well as the Human Sciences Costume Collection at SFA, Nacogdoches Historic Sites, Millard's Crossing Historic Village in Nacogdoches, the Heritage Society Houston, the Fort Worth Museum of Science and History, and two private collectors, along with photographic images from the East Texas Research Center in the SFA Steen Library.

The reception will feature special activities, including portrait sittings and hat-making. The public is invited to bring a favorite hat and sit for a portrait in the museum's "studio," make a paper hat, and enjoy an afternoon dessert on the lawn.

The exhibit will run through Friday, Dec. 19. For more information or museum hours, call (936) 468-2408, email stonefort@sfasu.edu or visit www.sfasu.edu/stonefort. 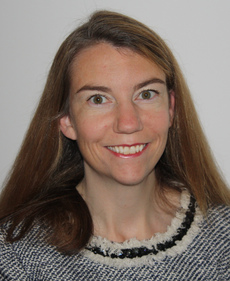 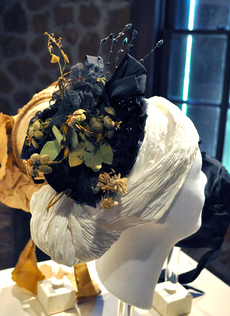