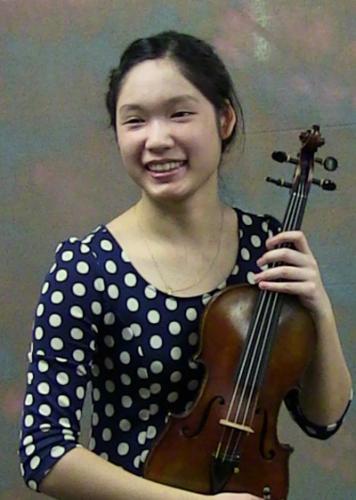 
NACOGDOCHES, Texas - When the contestants in the 2014 Schmidbauer Young Artist Competition take the stage Saturday, Feb. 1, in Cole Concert Hall on the Stephen F. Austin State University campus, it will be obvious the level of talent the competition attracts.

From performing in Carnegie Hall to serving as concertmasters for youth orchestras, each of the musicians who will perform at SFA on Saturday excelled at an early age and is already making headlines in classical music.

These are the kinds of musicians the SFA School of Music hopes to recruit as future students, and the recently re-focused Schmidbauer Competition is a valuable tool for attaining that goal.

"The Schmidbauer Competition attracts hard-working, charismatic musicians who remain on the forefront of the classical music industry, and it serves as a stimulus for continued growth in the field," said Dr. Gene Moon, director of orchestral studies at SFA and of the competition.

One such example is Schmidbauer contestant Cher Liu , a sophomore from Houston who began her violin studies at 6. Since then, Cher has participated in many soloist, orchestral and chamber music events, according to Moon. She was the 2013 and 2011 first place winner of the Texas Music Teachers Association Orchestral Instruments Performance Competition. She was also awarded the Houston MTA and TMTA Chamber Music first prize awards. Cher has also been the concertmistress of her local region for the past three consecutive years and was a member of the Texas Music Educators Association All-State Symphony. Also an accomplished pianist, she began studying piano at 3. She has performed in Carnegie Hall and soloed with the Fort Bend Symphony.

Dolores attends Westwood High School in Austin where she plays in an orchestra that has been internationally recognized. In 2013, the orchestra was invited to play as the honor string orchestra of Texas at the TMEA Convention, as well as being invited as one of two high school full orchestras to play at the Midwest Clinic, an international convention held in Chicago. In the future, Dolores hopes to study music and violin performance at a music school and play in an orchestra as a career.

The Schmidbauer Competition was created several years ago after George and Peggy Schmidbauer, California residents who founded Cal-Tex Lumber Company in Nacogdoches, gave SFA a donation to foster and promote classical music.

Dr. Manny Brand, director of the SFA School of Music, said SFA is forever indebted to the Schmidbauers for their generosity and for helping to establish a competition of this distinction at SFA.

"Our music faculty is devoted to identifying and cultivating musically talented students," he said, "and the Schmidbauer Competition extends SFA's role as one of the premier schools of music in Texas and the nation."

Cash awards are $1,000 for first, $500 for second and $250 for third. The remaining prize money will be awarded in the form of scholarships contingent upon successful admission to and enrollment in SFA's School of Music. First prize is valued in its entirety at $17,000 and includes an appearance as a guest soloist with SFA's prestigious Orchestra of the Pines. Second prize is valued at $12,500, and third at $10,250.

The Schmidbauer Young Artist Competition at SFA is open to high school violinists, violists, cellists and double bassists ages 15 to 18. The semi-finals begin at 1 p.m. Saturday, followed by the final round at 7:30 p.m. 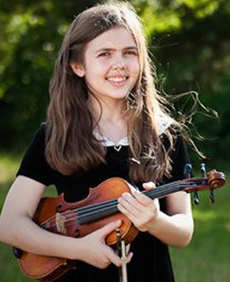