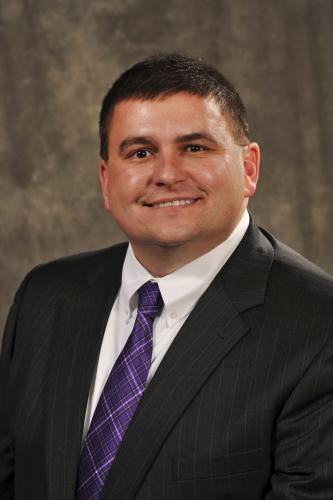 
A new executive director of alumni relations has been appointed at Stephen F. Austin State University. Craig Turnage, who previously served as a senior major gifts officer for the SFA Office of Development, will transition to the new position immediately.

As executive director, Turnage will direct the overall planning, implementation and management of programs and services that develop and enhance long-term relationships between SFA and alumni, students, faculty and the community. In addition to the daily operations of the alumni office, Turnage will direct the activities that increase alumni engagement, including reunions and special events.

"It has been a long-term aspiration of mine to serve in a leadership role at SFA," Turnage said. "I am grateful to work for my alma mater in a capacity that allows me the opportunity to build relationships with the alumni and friends of this wonderful university."

Turnage joined the Office of Development staff in 2008 and has been directly responsible for raising funds for the university. He collaborated and assisted in the creation of three new professorships to support SFA's faculty and was instrumental in raising funds for the recently completed Ina Brundrett Conservation Education Building.

In addition to a Bachelor of Arts in criminal justice from SFA, Turnage earned a Master of Public Administration degree from the university. Prior to 2008, he was employed at Tyler Junior College as director of enrollment management.

Turnage is president of the SFA Tau Kappa Epsilon fraternity alumni association, chairman of the Whitehouse City Commission's planning and zoning committee, and a graduate of Leadership Tyler. He is married to Tonya, also an SFA alumna, and they have two children, Brandon and Preston.

Jeff Davis, who was the former alumni director, recently resigned after accepting a similar position at Mississippi State University.