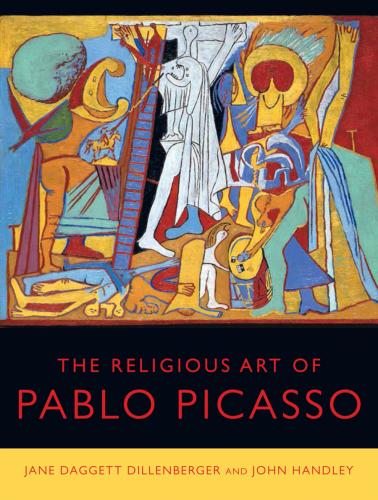 
NACOGDOCHES, Texas - John Handley, director of art galleries for Stephen F. Austin State University, is co-author of "The Religious Art of Pablo Picasso," a book that examines the use of religious imagery in the works of one of the best-known figures in 20th-century art.

Handley will travel to Berkeley, Calif., in May to join co-author Jane Daggett Dillenberger at a May 6 reception and book signing designed to celebrate the book's publication by the University of California Press.

Dillenberger, who is a Harvard graduate, is the founder of the doctoral program in art and religion in the Graduate Theological Union at UC-Berkeley. She has authored many books over the years, including "Style and Content in Christian Art," "Secular Art with Sacred Themes," and "The Religious Art of Andy Warhol."

A little more than four years ago, Dillenberger asked Handley, who was a graduate student at GTU, Berkeley, at the time and was about to begin his doctoral dissertation on the American sculptor Stephen De Staebler, to co-author a book on Picasso's religious art. Handley had attended many of Dillenberger's lectures, but he got to know her when he published two interviews that explored her perspectives on the religious nature of contemporary art. Handley said he was moved by the idea of working with Dillenberger, who was 93 at the time (now 98), on the project.

"To be honest, I was a little overwhelmed at the prospect, but was also deeply honored that she had asked me, a student, to essentially become her peer," he said.

Knowing that publishing a book of this nature would be expensive, Handley said he and Dillenberger approached GTU's Center for Arts, Religion and Education, which underwrote the project.

The UC Press website describes the book as "the first critical examination of Pablo Picasso's use of religious imagery and the religious import of many of his works with secular subject matter."

John Richardson, author of "A Life of Picasso," stated, "Dillenberger and Handley have addressed a subject that until recently scholars have failed to investigate. Their new study is very welcome for the light it sheds on the Spanish darkness of Picasso's religious beliefs. Dillenberger is an eminent theologian with a deep understanding of her faith, as well as an art historian, and together they endow their book with revealing new insights."

Handley has published articles over the years that explore the religious themes of an artist's work, including his dissertation, Auguste Rodin's "Gates of Hell," and the paintings of Morris Graves. However, this is the first book he has worked on as an author.

"I have plans to author/edit a book (collection of essays) that explores iconoclasm in modern and contemporary art," he said, "but have just begun to think that project through."