SFA professor to be featured in upcoming documentary 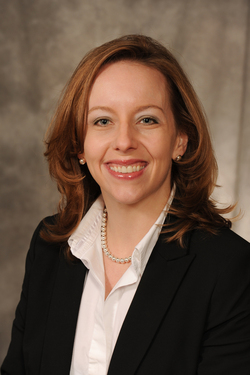 "Million Dollar Princesses" explores a period in the late 19th and early 20th centuries when many American heiresses married into the British aristocracy. The series will debut on Jan. 4, 2015, and subsequent episodes will air Jan. 11 and Jan. 18.

"This was a very serious undertaking by an internationally renowned production company that beat out several other production crews to win the rights to make this documentary," she said. "I am unbelievably humbled and honored to be a part of this project."

The documentary was produced by Finestripe Productions based in Glasgow, Scotland, in response to the global sensation "Downton Abbey," which will begin its fifth season on the same night as the documentary's premiere. Actress Elizabeth McGovern, who plays Cora Crawley in the PBS series, is a fictional depiction of one of the hundreds of American heiresses who married into the British aristocracy in the late 1800s and early 1900s. McGovern also served as the narrator for the Smithsonian Channel series.

Along with Cooper, contributors to the documentary include a who's who of experts on the period and many members of the British aristocracy, notably Carol McD. Wallace, author of "To Marry an English Lord;" Jessica Fellowes, author of "The World of Downton Abbey;" Clive Aslet, editor-at-large of Country Life magazine; Charles Spencer, brother of Diana, Princess of Wales; and the current Viscount Astor.

"This cohort of women surprised their families - both British and American - by exhibiting an extraordinary degree of agency in a period that placed women solidly outside the boundaries of politics and diplomacy," Cooper said. "Without the formal title of diplomat or membership in Parliament, these women nonetheless exerted significant influence in the male-dominated arena of foreign affairs and international politics."

Cooper earned her Ph.D. in women's studies at Texas Christian University. She joined the SFA faculty in 2007 and primarily teaches courses in American history, as well as women's and diplomatic history.