NACOGDOCHES, Texas - When Dr. Mark Turner set out to put together a ballet at the request of a colleague, he wanted to create a big production with student performers in mind. He wanted something challenging, a body of music that would break up the endless cycle of Nutcracker Suite performances young student musicians inevitably play each year. So the Stephen F. Austin State University associate professor of elementary and early childhood music education turned to a folk tale from his native Alaska.

That work of music will be released in May as part of a package for the children's book "A Winter Tale: How Raven Brought Light to the World," which was illustrated by former SFA art student Emily Graves.

Turner said he approached Peter Andrew, who heads the advertising design program in the SFA School of Art, about having students illustrate a section of the folk tale, which tells how a raven stole light out of the box and gave it to the world, illuminating the planet. Grave's illustration won a juried competition, and she was chosen to illustrate the entire book.

The music on which the book is based has been available for music instructors to download through artsascontext.com, a site Turner runs that is aimed at developing arts-based education for young children.

In fact, the chorus of "Dance of the Aurora Borealis" was written by children he worked with at the SFA Charter School more than a decade ago. Including those verses was a way to honor the students, he said. Though other parts were not written by the kids, Turner said, much of the inspiration from his music is taken from the students with whom he works.

"'A Winter Tale' is intended for particularly gifted young musicians and ideally, both in Nacogdoches and in other schools where the ballet is performed, student musicians and dancers will perform the piece," he said.

Along with the printed version of the book, Turner said he's working to develop an electronic version for the iPod. The electronic book would play the music as the story progressed and allow the reader to digitally "flip pages."

A narrated version of the story, including Graves' drawings and Turner's music, is available for viewing at http://www.artsascontext.com/music.php. 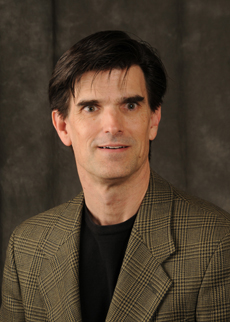