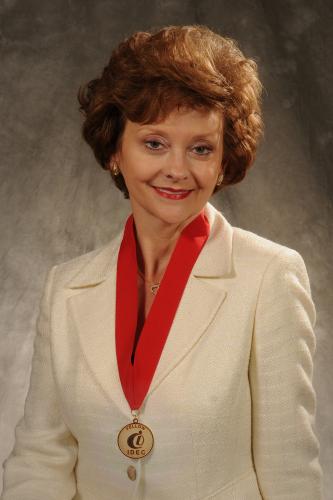 Perritt has been a member of the council for more than 20 years, serving on the Board of Directors for three years and as the IDEC president in 2003. She also received the Best Research Paper Award at the 1999 and 2004 national conferences. In addition, Perritt is a contributor to the IDEC Foundation and was a presenter at the 2000 World Congress on Environmental Design for the New Millennium in Seoul, South Korea.

The IDEC established a Council of Fellows in 1977 to recognize contributions made in the profession. Fellows are nominated by the membership and approved by the Board of Directors. There are currently only 43 IDEC Fellows nationwide.

Perritt began teaching at SFA in 1985. She currently serves as a professor and graduate coordinator for the School of Human Sciences in the James I. Perkins College of Education.

While at SFA, she has received numerous awards, including a Green Mountain Ranch Educator Fellowship in Universal Design; the 2013 Mentor of the Year award at the University Undergraduate Research Conference; and the SFA Teaching Excellence Award for the School of Human Sciences in 1994, 1996 and 2011, as well as for the College of Education in 1996.

Perritt is married to Dr. Dale Perritt, chair of the Department of Agriculture in SFA's Arthur Temple College of Forestry and Agriculture, and the couple has two sons: Daniel, 27, and Heath, 21.