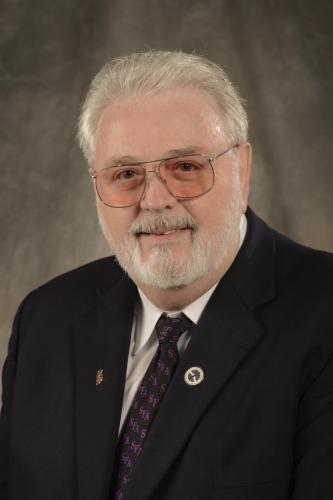 
NACOGDOCHES, Texas - Dr. Harry Downing, professor and chair of the Department of Physics and Astronomy at Stephen F. Austin State University, will present "Physics is Phundamental" at the upcoming Regents Lecture.

Downing, the 2013-14 Regents Professor, will deliver the address at 5:30 p.m. Tuesday, April 22, in the Miller Science Building Lecture Hall, Room 334, on the SFA campus. Refreshments will be served, and there is no admission charge.

Downing said his presentation will focus on examples and demonstrations in the realm of physics "that have proven throughout the years to entertain and stimulate the mind." The lecture will involve the audience, he said.

Downing joined the SFA faculty in 1975 and has served as physics and astronomy chair since 1988. He has taught courses in general physics, introduction to engineering/physics, technical physics, engineering statics, engineering dynamics and mathematical applications in physics.

His many honors include Teaching Excellence Awards from both the Department of Physics and Astronomy and the College of Sciences and Mathematics; Best Pedagogical Paper from the Texas Section of the American Association of Physics Teachers; the Robert N. Little Award for Outstanding Contributions to Physics Higher Education in Texas from TSAAPT; and the Outstanding Society of Physics Students Chapter Adviser Award.

This is the ninth in a series of lectures delivered by SFA Regents Professors. The title of Regents Professor is the highest honor SFA bestows upon members of the faculty and is held for one full academic year.