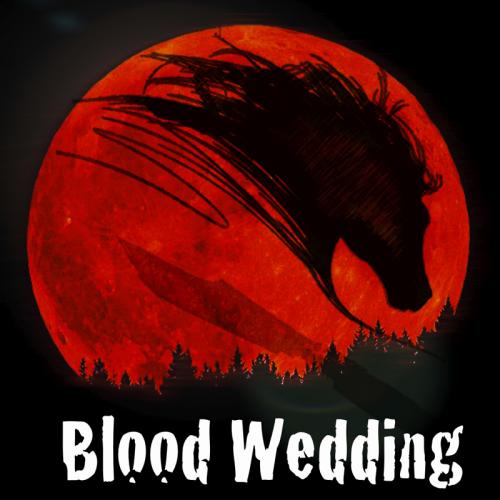 Lorca's classic tale of passion, conflicting loyalties and vengeance plays out to an inevitably tragic conclusion. The play, originally written in Spanish, uses beautiful poetry to illuminate the convergence of love, lust and violence as the scene shifts from daylight to moonlit night in rural Spain, according to Rick Jones, professor of theatre at SFA and the play's director.

"At some level, this is a classic love triangle, with a young bride drawn inexorably to her former lover (now married) even as she prepares to marry another man," Jones said. "As both this brief background and the title of the play suggest, things aren't going to end well for the central characters or those who love them."

"By the time we get to the closing scenes of the play, the world has transformed into a fantasy land in which the Moon, a trio of other-worldly woodcutters, and Death herself (yes, herself) are characters," Jones said.

There were a number of reasons why Jones selected "Blood Wedding" (with English translation by Brendan Kennelly) to be included in this year's collection of theatre productions and to offer it as one of the College of Fine Arts' University Series plays. Jones describes "Blood Wedding" as "a modern classic that's been on my 'list' for many years," he said.

"I worked on a couple of productions long ago - as a carpenter for a production when I was an undergrad, and as technical director/charge artist for a production when I taught at Cornell College in Iowa in the late '80s," Jones said. "It really came to the forefront several years ago when I taught it in an independent study on non-realism between the wars. I might have done the show sooner, but it's a little too much like 'Woyzeck,' which I directed in the fall of '09, and I wanted to get a little distance, both for myself and for the Nacogdoches audience."

A Spanish play, or any play originally written in Spanish, has not been performed on the SFA Mainstage in a long time, Jones said. This particular one has "great roles for women," he said.

"There are more than a dozen women in this cast, and several of the roles are truly extraordinary, even some that aren't 'leads,'" he said. "There's no question that the Bride and the (Bridegroom's) Mother are the central female characters, and they're both magnificent roles. But really, who doesn't want to play the Moon or Death or the gossipy neighbor?"

There are some commonalities among the School of Theatre's productions thus far this year, Jones said, which featured "Dead Man's Cell Phone" and "Romeo and Juliet" last fall.

"We joke about the idea that this play is the 'demon spawn' of the two fall semester Mainstages," he said. "Like 'Romeo and Juliet,' it is a tragedy about forbidden love - it's a more mature, more sensual version, but it's a tale of passionate love that ends in death. Like 'Dead Man's Cell Phone,' it starts in a more or less recognizable world, but as the play moves on, things get stranger and stranger."

Fans of poetry, passion, tragedy, non-realism and Spanish culture will want to see this play, Jones said. As to what theatre patrons will take with them after seeing the production, "That's really up to the individual spectator," he said.

"Some, I hope, will get a glimpse into Spanish culture," he said. "Others will concentrate on the relationships - mother/son, young lovers, etc. Others still may be drawn into the visual world. It is a tale of passionate love, of churning emotions, of loss."