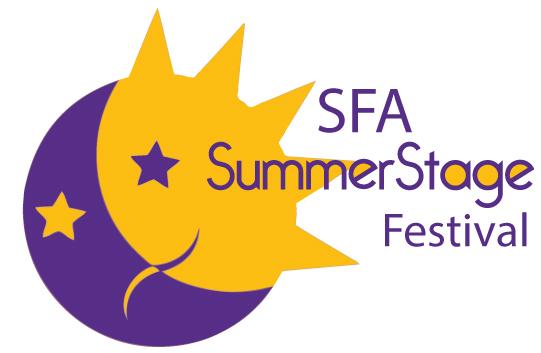 The 2014 SFA SummerStage Festival will feature adaptations of Lewis Carroll's "Alice in Wonderland" and "To Kill a Mockingbird" by Harper Lee, and will run June 27 through July 18.


NACOGDOCHES, Texas -The Stephen F. Austin State University School of Theatre has renamed its summer theatre program, giving it a fresh new image and approach that's sure to please audiences of all ages.

The new festive name is a reflection of the SFA School of Theatre's effort to inform audiences that seeing a play is a casual and fun way to spend time in the summer with family and friends, according to Scott Shattuck, director of the School of Theatre.

"Audiences for our summer shows have grown enormously over the past few years," Shattuck said. "But we want to welcome even more people who may not realize yet how fun our shows really are. What we do is storytelling - it's entertainment, it's songs and humor and suspense, and it's a blast."

Laura Rikard, assistant professor of theatre at SFA, whose production of "Charlotte's Web" set the school's all-time summer attendance record last year, will direct Carroll's "Alice in Wonderland," as delightful a tale as any that has enchanted kids through the ages. And Zach Hanks, also assistant professor of theatre who's making his SFA stage-directing debut, will direct Lee's "To Kill a Mockingbird," a novel and Oscar-winning movie that's captivated American young people and their parents for generations.

To be sure the summer shows are accessible to the entire community, the School of Theatre started experimenting with "Pay-What-You-Can" performances. At these special shows, those who are able to pay $15 for a ticket are asked to support the school by doing so, but those who can only pay $10, $5 or even $1 are equally welcome, Shattuck said.