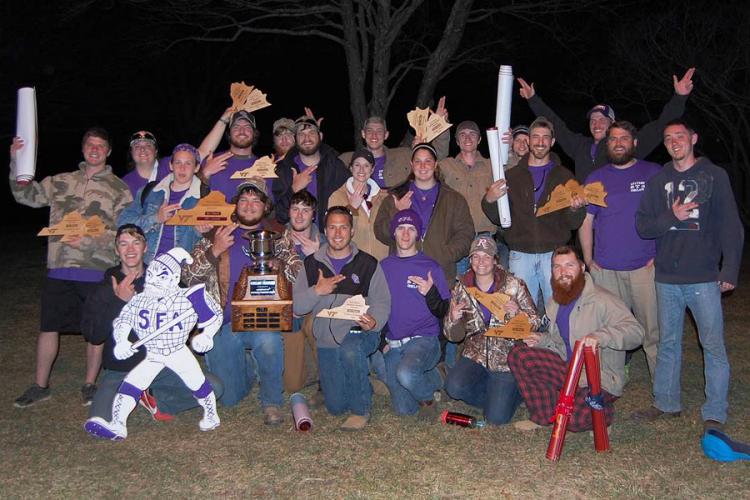 
NACOGDOCHES, Texas - A team of forestry students from the Arthur Temple College of Forestry and Agriculture at Stephen F. Austin State University captured the championship trophy for the second straight year at the 57th annual Southern Forestry Conclave at Claytor Lake State Park in Virginia.

In order to be successful at the annual competition, teams must do well in both technical and physical events. SFA's team, originally founded in 1946, has either placed first or second overall in 27 of the 29 yearly competitions. Aside from capturing first place overall, the team also placed first overall in both the technical and physical events.

Additionally, Ryan Assenheimer defeated all other southern region competitors in the Stihl Timbersports Collegiate Southern Qualifier Competition. Assenheimer placed third overall. He was one of only four competitors to finish the standing block event, and his performance will be broadcasted on ESPNU June 27.

The annual contest's purpose is to promote cooperation and friendly competition among schools, as well as establish and maintain a high standard of ethics among all students and professional foresters.