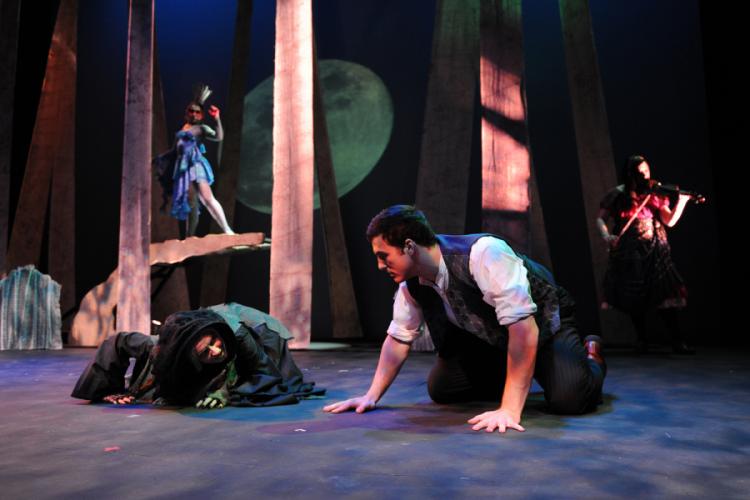 SFA theatre major Daniel Miller, seen here in a leading role of the Bridegroom in the School of Theatre's production of Federico García Lorca's "Blood Wedding," was recently selected as one of two national Alpha Psi Omega Scholarship recipients for 2014-2015.

The scholarship, awarded by the national office of the Alpha Psi Omega theatre honor society, is to be used to further a recipient's education and/or professional goals in theatre. The criteria are outstanding achievement in theatre work and academic performance, according to Rick Jones, professor of theatre at SFA and advisor to SFA's Beta Phi cast of Alpha Psi Omega. Jones nominated Miller for the award.

"Each of the more than 1,000 casts of Alpha Psi Omega and its sister organization Delta Psi Omega (for junior colleges) may submit one nomination," Jones said. "Only two scholarships are awarded annually, so this is quite a prestigious honor."

Miller's selection to the national honor is the third time an SFA School of Theatre student has received the scholarship award in its five-year history. Previous SFA winners were David Hathway in 2010 and Arrie Tucker in 2011.

"The fact that Daniel is the third SFA student to receive this recognition in the five-year history of the award is very impressive, indeed, and only confirms what we in the School of Theatre already know: we have some pretty incredible students," Jones said.

Miller has performed in a Mainstage production directed by a faculty member or guest professional all six of his semesters at SFA, including playing leading roles in "A Midsummer Night's Dream," "Three Sisters" and "Blood Wedding."

"More importantly, he works incredibly hard at whatever his job might be," Jones said. Other acting credits include "How I Became a Pirate" in Summer Rep, "Little Shop of Horrors," "Stage Door" and "Romeo and Juliet" on Mainstage, a season with The Original Cast, and the student-directed "Adam and the Experts" and "Tunnel of Love."

"He's not merely a go-to actor," Jones said, "he's also one of our best electricians, and he also designed lights for 'Lone Star.'"

Miller was inducted into the Beta Phi cast of Alpha Psi Omega in December of 2012, serves as treasurer for the 2013-14 school year and will be vice president next year. He is also the recipient of the 2014 Schmidbauer Dean's Award in Theatre presented by the Dean's Circle of the SFA College of Fine Arts.

In academic terms, a single B in five semesters stands between Miller and a perfect 4.0 grade point average. He is pursuing a Bachelor of Fine Arts in theatre.

"Daniel has excelled in every area: in performance classes, in coursework in the more academic side of theatre, such as play analysis and theatre history, and in general education courses across the university," Jones said. 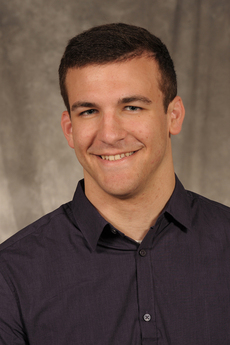