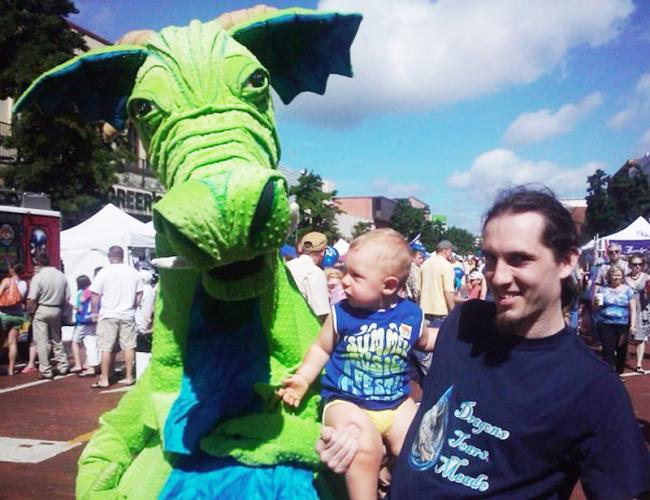 Gabriel and Michael Akers visit with the SFA School of Theatre's popular dragon character, Schlaftnicht, at a previous Blueberry Festival in downtown Nacogdoches.


NACOGDOCHES, TEXAS - Students in the Stephen F. Austin State University School of Theatre will add another element of excitement to all the fun those attending the Texas Blueberry Festival will experience June 14 in downtown Nacogdoches.

The costumed characters can be seen in front of The Cole Art Center @ The Old Opera House at 329 E. Main St.