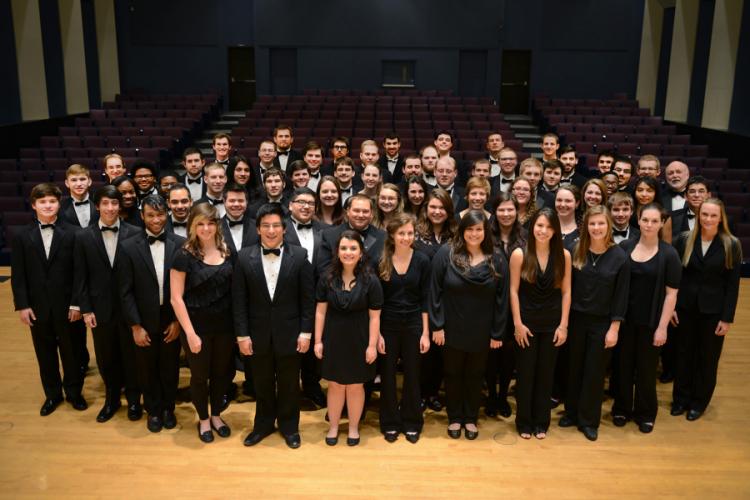 The SFA Wind Ensemble will perform at 7:30 p.m. Tuesday, Feb. 4, in W.M. Turner Auditorium on the SFA campus.


NACOGDOCHES, Texas - The Stephen F. Austin State University College of Fine Arts and School of Music will present a performance of the SFA Wind Ensemble at 7:30 p.m. Tuesday, Feb. 4, in W.M. Turner Auditorium on the SFA campus.

The performance will feature a preview of the Wind Ensemble's concert to be performed before the Texas Music Educators Association's 2014 Clinic/Convention later in February in San Antonio.

TMEA is the largest organization of its kind in the world, meeting yearly in San Antonio. The SFA Wind Ensemble is one of four university bands to be invited to perform at the 2014 convention. This is the 10th time the SFA band has been invited, according to Fred J. Allen, director of bands at SFA. The band performed four times under the baton of Mel Montgomery and once under John Whitwell. This is the fifth time for the band to perform there under Allen's leadership.

"It is an honor to perform at TMEA," Allen said. "This concert gives us exposure before band directors throughout Texas."

"This piece captures the majesty of Mt. Denali in Alaska," Allen said. "Like the mountain itself, it is massive in nature and ever-changing."