'Sound for Film, Video and TV' topic of guest lecture at SFA 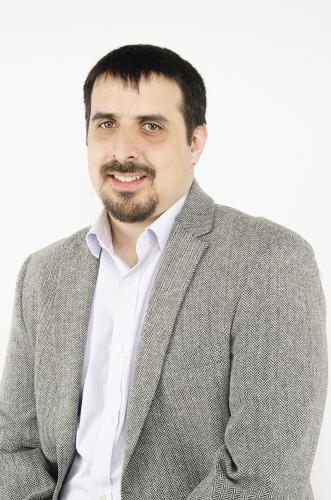 Mor's work has been featured on television networks, among them ABC, ESPN, BET and Fuse. He will discuss his experiences working with sound for visual media and exploring both location audio and post production, according to Dr. Kevin Kelleher, director of the Sound Recording Technology program at SFA.

"Mor brings first-hand knowledge and real-world insight in a straightforward manner to students via his interactive lecture style," Kelleher said. "Because he is currently entrenched in the New York City film industry, this lecture is essential for providing students with the opportunity to hear and learn about relevant and up-to-the-minute techniques and topics. Special attention will be given to career strategies and potential job opportunities after college."

A broadcast and film audio engineer based in New York, one of Mor's primary responsibilities is to technically and creatively augment the impact of the story told on screen using sonic means, Kelleher said.

"Dialog editing, sound design, mixing and mastering are all part of his typical day in the office," he said, adding that the platform he uses for these tasks is Avid's Pro Tools, which Kelleher described as "the audio post-production industry's undisputed standard."

Among his many pieces are the feature length documentaries "Rainbow on The Green" on ABC and "Lay It on The Line: The Casey Combest Story" on ESPN. In his capacity as house mixer at BET networks, he has done the sound finishing on live award shows, such as the Hip Hop Awards, a variety of news and magazine shows, the reality TV show "The Iron Ring," live music specials and short format promos. His work can be seen on other notable broadcast franchises such as Fuse and the Sesame Workshop.

Mor has also worked as a location sound recordist on many feature and short films. He directed, did principal photography, edited and created graphics in more than 30 promotional and commercial Alex Toys videos shown around the world. He has also scored music for feature length and short films.

Admission to the lecture is free. For additional information, contact Kelleher at (936) 468-1116.