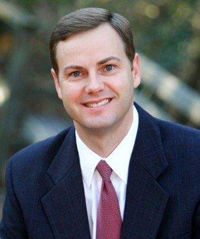 A native of Rusk County, Ashby represents District 57 in the Texas House of Representatives, which includes Angelina, Houston, Leon, Madison, San Augustine and Trinity counties. He obtained a Bachelor of Science in agricultural economics from Texas A&M University in 1996.

During his freshman term, Ashby was appointed to the House Appropriations and Natural Resources Committees and was selected by his colleagues as Freshman of the Year. Additionally, he serves on the Select Committee on Economic Development Incentives.

Ashby said he was deeply honored that SFA President Baker Pattillo asked him to address the graduating class and that he is able to take part in the special day.

"It's hard to underscore just how important a college degree is in today's increasingly competitive and global economy," Ashby said. "A college diploma doesn't guarantee success, but it's a wise and prudent investment for ensuring a bright future."

Ashby also said the best way to participate and be successful in today's economy is to obtain the knowledge and skills acquired through higher education.

"I want to remind graduates of the old adage that the only thing constant in life is change," he said. "I want graduates to understand how important it is to recognize the change going on around us so that they are prepared to not only adapt and respond but also to potentially take advantage of unforeseen opportunities."

Ashby also said he encourages those individuals nearing graduation to remain committed to their pursuit of academic excellence.

Ashby resides in Lufkin and is the Angelina County chairman for Citizens National Bank. He has been married to his wife Nickie for 17 years, and the couple has two sons.

Commencement exercises will be split into two ceremonies for fall graduation, and Ashby will provide the commencement address at both ceremonies.