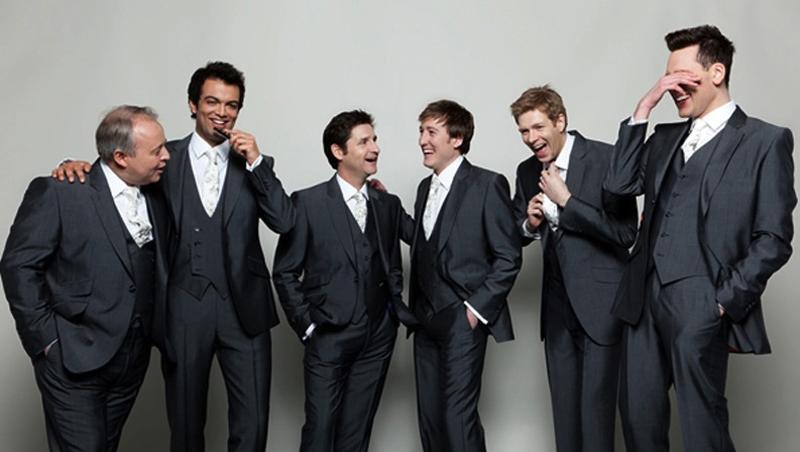 Tickets are selling at a fast pace, but there are still excellent seats available for the group's Nacogdoches performance, according to Diane Peterson, SFA Fine Arts Box Office manager.

"School and college choirs are attending the performance in groups, so we have blocked off those seats in large areas," Peterson said. "There really are no bad seats in Turner Auditorium, but preferred seating is going quickly."

The "Great American Songbook" program offers up sunny, sophisticated versions of the performers' favorite tunes by Rodgers & Hart, Cole Porter and Irving Berlin, arranged by the fast-rising British jazz composer and bassist Alexander L'Estrange. Derived from their brand new record of the same name, the tunes evoke nostalgia for a golden age of American musical culture.

For Gabbitas, these songs, written during a golden era of American songwriting (mostly for stage and screen), belong in the same category as German lieder or French chansons.

"These songs were written by classically-trained composers, and they endure because of their exceptional integrity," says Gabbitas. "The beautifully crafted nature of these songs makes them classics already. They have the weight of history and form a journey through the emergence of a nation through its pop culture."

L'Estrange's harmonically colorful re-workings of these standards maintain the integrity of the source material while reflecting The King's Singers' hallmark blend and wit, according to John W. Goodall, associate dean of the SFA College of Fine Arts. The group's appearance in Nacogdoches is a feature of the College of Fine Arts' University Series, "Live Out Loud."

"During their 2013-2014 concert season, The King's Singers will perform throughout the United States, Europe, Asia and Australia in some of the world's most famous venues," Goodall said. "It is a privileged to bring to them to Nacogdoches and SFA as part of our University Series."