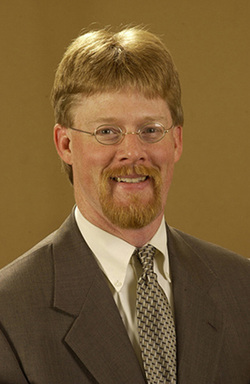 Walczyk, who is professor of music at Western Oregon University, will be on campus prior to the concert to work with SFA music students, according to David Campo, associate director of bands at SFA and conductor of the Wind Symphony.

The Symphonic Band, under the direction of Tamey Anglley, assistant director of bands at SFA, will open the concert performing "Flourish for Wind Band" by Ralph Vaughan Williams. Originally written as an overture to a pageant in the Royal Albert Hall in 1939, the piece has also been adapted for brass band and symphony orchestra, according to Anglley.

The Symphonic Band will next feature Walczyk's "Children's Folksong Suite" written in 2007.

The Symphonic Band will also perform "Shadow Rituals" by Michael Markowski, which won first prize in The Frank Ticheli Composition Contest in 2006. Dedicated to Ticheli, this one-movement piece is "a rhythmic, energetic, dark and mystical dance - a reflection of something primitive or ancient," Anglley explained.

The Symphonic Band will close its portion of the concert with "Trafalgar March" by Wilhelm Zehle.

The Wind Symphony will perform two of Walczyk's works. "From Glory to Glory" was commissioned by the Midwest International Band and Orchestra Conference to honor and celebrate the life of Heather Reu, daughter of Molly and Ray Cramer. Cramer is a past president of the Midwest Clinic and former director of bands at Indiana University.

"Heather's life was lived with energy, commitment, passion and an incredible love for her adopted children," Campo said. "Walczyk dedicated this work to all those who were blessed by Heather's life."

"Visionplace of Souls" was composed as a memoriam to those who sacrificed their lives during the rescue efforts surrounding the events of Sept. 11, 2001. Walzyck commented, "I remembered a passage from the memoirs of a citizen soldier of the American Civil War whose words, written over a century ago, have found meaning in the collective tribulation of Sept. 11, 2001." The passage reads, "In great deeds, something abides. On great fields, something stays. Forms change and pass; bodies disappear; but spirits linger to consecrate ground for the visionplace of souls."

"The words of Joshua Lawrence Chamberlain still ring true today; the heroes of these new battlefields have certainly demonstrated that, 'in great deeds,' hope, life and liberty will prevail forever," Campo said.