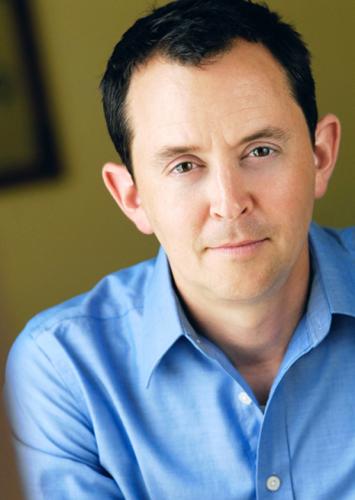 
NACOGDOCHES, Texas - Residents of Nacogdoches and alumni of Stephen F. Austin State University may have a special reason to tune into the 87th Academy Awards on Feb. 22.

SFA School of Theatre alumnus Richard Robichaux appears in Richard Linklater's landmark film "Boyhood," which has received six Academy Award nominations, including Best Picture and Best Director along with acting nominations for cast members Patricia Arquette and Ethan Hawke. The film won three Golden Globe Awards for Best Motion Picture - Drama, Best Director and Best Supporting Actress for Arquette. Robichaux has the role of the boss of one of the film's main characters.

According to his website, Robichaux is "the proud recipient of the distinguished alumni award from his alma mater."

"I have very fond memories of Nacogdoches and the SFA Theatre Department," Robichaux wrote in an email interview. "I am still friends with many of my classmates, and I am still being inspired by my many mentors and teachers. I hope the current students are aware how well respected the faculty members are in their fields. The program at SFA is nationally recognized, and I was lucky to be there.

"One of the best parts of going to SFA for me was the performance opportunities available to a young actor," he said. "I was in dozens of plays while there, and it says a lot about the community that it can support live theatre at that level. I learned so much by being on stage or in rehearsal all four years I was at school."

Robichaux was also seen as Lloyd Hornbuckle opposite Jack Black and Shirley MacLaine in Linklater's film "Bernie." His theatre credits include the Shakespeare Theatre in Washington, D.C., Yale Repertory Theatre, Mark Taper Forum, Syracuse Stage and theatres in New York, California and across the nation. He has been seen in leading, guest starring and recurring roles on ABC, NBC, CBS, Showtime, Comedy Central and the Lifetime Channel as well as the Sundance Film Festival and Tribeca Film Festival.

As both an educator and actor, Robichaux has worked with many of the top training programs in the country, including the Juilliard School, Yale School of Drama, University of Evansville, University of Texas at Austin, Illinois Wesleyan, Pacific Conservatory of the Performing Arts, New York Conservatory and the Elizabeth Mestnik Acting Studio in Los Angeles. Each summer he teaches in the masters program at the University of Northern Colorado, and he is currently head of acting in the MFA program at Penn State University in Pennsylvania where he lives with his wife and children.

"If I could give advice to new Lumberjacks in the theatre program it would be to work," he said. "A lot of actors think work is something someone gives you. But you must realize that working is your responsibility. Any number of students can create their own web series, short film, movie or live performance.

"We have to get out of the idea that we are merely actors in someone else's project," he said. "In the 21st century, we are truly performance makers. We can create work. But be warned: It takes a lot of work!"