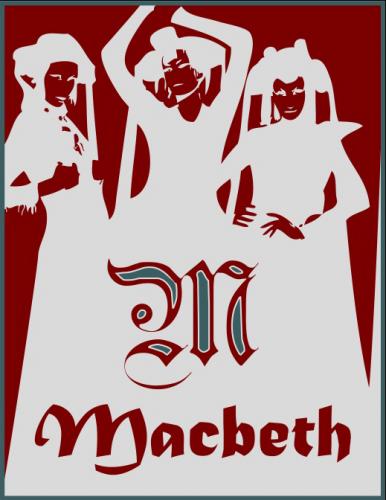 The School of Theatre will present "Macbeth" at 7:30 p.m. Tuesday through Saturday, Nov. 17 through 21, as well as matinee performance at 10 a.m. Thursday, Nov. 19, in W.M. Turner Auditorium on the SFA campus.


NACOGDOCHES, Texas - Nearly 410 years after it was written, William Shakespeare's "Macbeth," presented by the Stephen F. Austin State University School of Theatre, brings its story to Turner Auditorium in a way that will entertain and educate audiences in a big way.

Dr. Rick Jones, director of this production and professor in the School of Theatre, says that this is a play "with often beautiful language and psychologically complex characters, and a good story, with intrigue, sensuality, armed combat and a supernatural element," which is sure to inspire audiences with themes of fate and leadership.

"Macbeth" is arguably Shakespeare's most famous tragedy, and it is also a personal favorite of Jones. So, why do this show now?

Although some students may consider Shakespeare to be boring and out-of-date, this could not be less true for this production, Jones explained. In fact, this play could almost never be more applicable than now.

"This is a play about political machination as we head into primary season for the next presidential election," Jones said. "It's a play that speaks to the belief that we all have from time to time - that we're not really in control of our own fates."

That is a belief with which many students can sympathize. This production will also be an educational opportunity, as "Macbeth" holds some important historical significance that many may not recognize, Jones explained.

This production of "Macbeth" employs a two-world concept, where the witch characters exist in a modern 21st century world, manipulating the events of the play, while the mortal characters exist in a pre-Norman Britain, which is the time of the real historical Macbeth, several hundred years before Shakespeare's time, according to Jones.