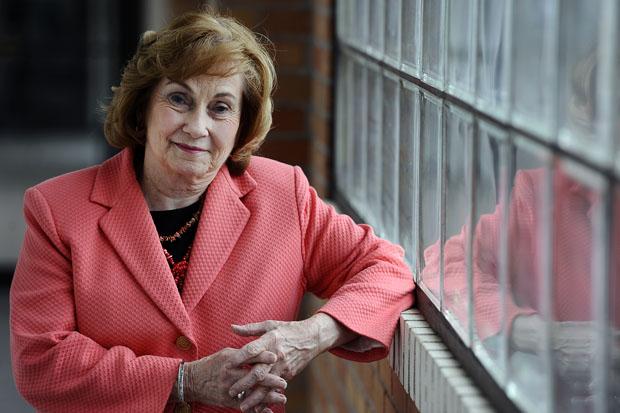 A long-time resident of Nacogdoches, McDonald served on the Nacogdoches City Commission for 18 years, including eight years as mayor and 10 years as city commissioner. In 1996, she was hired as the first president and chief executive officer of the Nacogdoches Economic Development Corporation and worked for 13 years advancing an array of community economic development projects.

McDonald serves on various state government boards, including the Texas Department of Housing and Community Affairs Board, the Governor's Commission for Women, the Criminal Justice Advisory Committee and the Texas Natural Resource Conservation Commission Advisory Committee. As a Deep East Texas Council of Governments' Board of Directors member, she previously served as chairman of the Regional Economic Development Committee and on the Housing Advisory Council.

McDonald received a Bachelor of Applied Arts and Sciences degree from SFA in 1979. She also is a graduate of the Texas Savings and Loan School and the Economic Development Institute. In February 2012, the Nacogdoches City Council named the public library in her honor.

McDonald is the widow of Texas historian and SFA Regents Professor of history Dr. Archie P. McDonald, who taught at the university for 48 years, as well as served as executive director of the East Texas Historical Association and editor of the association's journal for 37 years.

Prior to Archie's passing, the couple was named the 2009 DETCOG Ralph W. Steen Memorial East Texan of the Year. SFA's annual Archie McDonald Speaker Series is named in his honor.