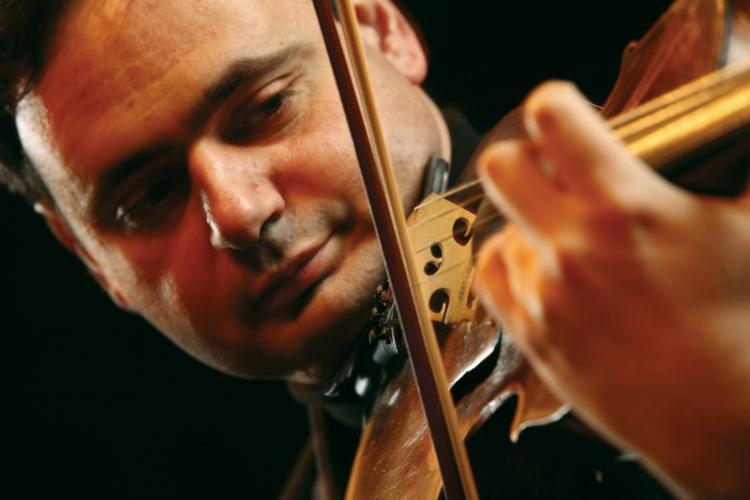 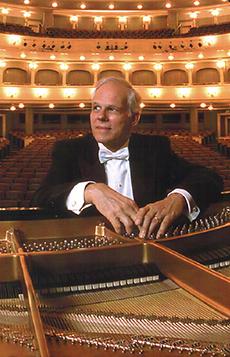 
NACOGDOCHES , Texas - The Stephen F. Austin State University College of Fine Arts and School of Music will present Dr. Misha Galaganov in a guest viola recital at 7:30 p.m. Sunday, Nov. 1, in the Music Recital Hall in the Wright Music Building on the SFA campus.

Galaganov, who is chair of strings and associate professor of viola at Texas Christian University, will be accompanied by colleague John Owings, professor of piano and piano division chair at TCU. The duo will perform "Music from the Library of Armand Pushman," a program that features the works of Henri Marteau, Désuré Emile Inghelbrecht, Stan Golestan, Ernest Chausson and Joseph Jongen.

"Besides Chausson, most of these composers are lesser known; I'm sure that there will be some wonderful gems of chamber music among them," said Dr. Jennifer Dalmas, professor of violin at SFA.

Referencing the program title, Dalmas explained that Pushman was one of two sons of the celebrated American-Armenian artist Hovsep Pushman. Armand and his brother were partners in Pushman & Company dealing in fine oriental rugs.

"Armand was a talented musician, having studied the viola in Paris with Maurice Vieux in his youth in the 1920s. He enjoyed playing chamber music to his last years," she said.

Beginning at 4:30 p.m., Galaganov and Owings will give master classes that are free and open to the public. The piano class will be in Cole Concert Hall, and the viola class will be in the Music Recital Hall.

At 2:30 p.m. that day, Dalmas and her husband, Dr. Evgeni Raychev, cello instructor in the SFA School of Music, will perform a recital as the Hachidori Duo in Cole Concert Hall.

"With our duo concert that day, it will be a busy and exciting day for string students and string music enthusiasts at SFA," Dalmas said.

Galaganov's solo and chamber music engagements have taken him to concert halls in the USA, Latin America, Europe and China. He has given lectures and master classes in major conservatories around the world, including Juilliard, Beijing Conservatory and Shanghai Conservatory. He has taught and performed in several European and American festivals, such as EuroArts Festival in Germany, Orlando Festival in Holland, and Mimir Festival in the USA.

Owings holds the Herndon Professorship of Music at TCU. In 1993, the University conferred upon him its highest award, the Chancellor's Award for Distinguished Research and Creative Activity, for his performances of the 32 Beethoven Sonatas. Owings has appeared as soloist with the symphony orchestras of Cleveland, Chicago, Dallas, Denver, Fort Worth, Houston, the Boston Pops, the English Chamber Orchestra, and the National Symphony Orchestras of Colombia and Peru. He has performed recitals in major cities in the United States, Latin America, Europe and the Far East and has been a guest artist at numerous music festivals.