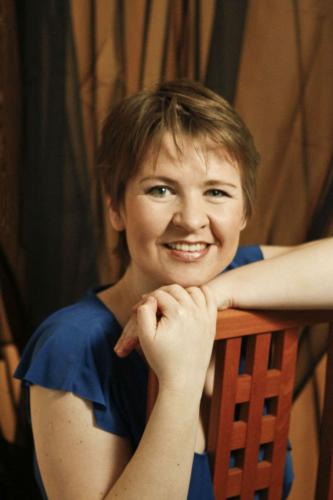 The performance is part of the SFA School of Music's Cole Performing Arts Series. The program is subtitled "Autumn Song for Piano A Cappella" and features works by noted composers Pyotr Ilyich Tchaikovsky, Sofia Gubaidulina and Frédéric Chopin.

First on the program are three pieces from Tchaikovsky's "The Seasons, Op. 37a," including September: The Hunt, October: Autumn Song, and November: Troika (Russian Dance). The second work is Gubaidulina's contemporary sonata, composed in 1965, which involves some playing inside the piano on the strings, according to Dr. Andrew Parr, professor of piano at SFA.

"The final work is the Sonata in B Minor, Op. 58 by Frederic Chopin, written late in his life," he said. "This is a staple of the piano repertoire."

Israeli-American pianist Morgulis has been described as a "pianistic firecracker," who is hailed for performances that are "full of power and emotion," Parr said.

"She delivers vivid, imaginative programs to an ever-growing international audience," Parr said. "Her love of the standard repertoire and passion for chamber music and contemporary works have led to a variety of engagements with many of the world's leading orchestras, ensembles and soloists in the finest concert halls."

Morgulis studied at the Samuel Rubin Academy of Music in Tel Aviv and the New England Conservatory of Music. Her playing can be heard in music by Rachmaninov, Lutoslawski, Janácek and Shostakovich on IPA Classics, and her second solo album featuring music by South American composers was released by Delos in 2013.

The artist will give a master class for SFA student pianists at 2 p.m. the same day in Cole Concert Hall.