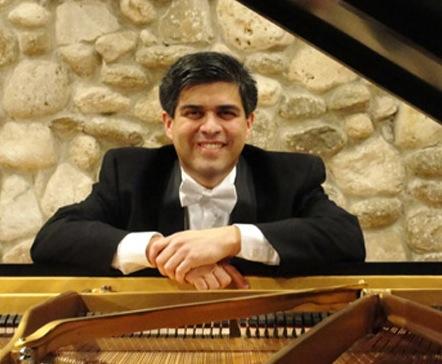 Ruiz, who is professor of music and chair of the music department at Georgia College and State University, is in high demand as a performer, adjudicator and clinician, according to Andrew Parr, professor of piano at SFA.

Ruiz performs on Spanish-speaking radio broadcasts airing throughout South and Central America. Most recently, he performed concerts in Bolivia, Ecuador and México, and he has appeared live on Houston's KUHF 88.7, "The Front Row."

His performance at SFA will feature works from Sonata in D Major, KV 576 by Wolfgang Amadeus Mozart; Funérailles (October 1849) by Franz Liszt; Berceuse, Op. 57 by Frédéric Chopin; and Sonata #1, Op. 22 (1952) by Alberto Ginastera.

The concert is a presentation of the SFA College of Fine Arts and School of Music. Admission is free.