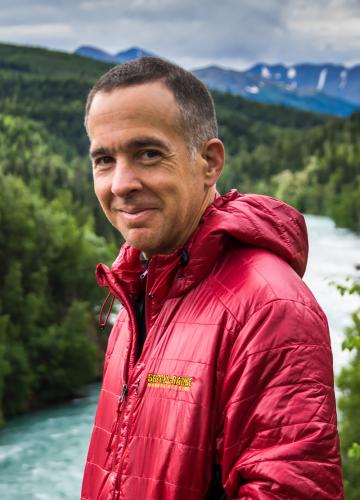 
NACOGDOCHES, Texas - Stephen Lias, professor of composition in the Stephen F. Austin State University School of Music, has once again been commissioned to write a new orchestral work celebrating the centennial of the National Park Service as part of the National Endowment for the Arts "Imagine Your Parks" initiative.

A grant from the NEA to the Boulder Philharmonic Orchestra will support the commissioning of Lias' work. The Boulder Phil will premiere the piece at Macky Auditorium on the CU-Boulder campus during its 2016-2017 season and also at the Kennedy Center for the Performing Arts in Washington, D.C., at the inaugural SHIFT Festival of American Orchestras in March of 2017, according to press information released by the orchestra.

To mark the 50th anniversary of the NEA in 2015, and the National Park Service's centennial in 2016, both agencies have been working together to encourage the creation of and greater public engagement with art relating to the work and mission of the national park system.

Lias comes to this project with experience in joining contemporary art music and national parks. He has served as artist-in-residence at five different national parks, and the resulting compositions have been premiered across the U.S.

Upon learning of the NEA grant on Tuesday, Lias told Colorado Public Radio, "After the Boulder Philharmonic's wonderful premiere of my recent piece 'Gates of the Arctic,' I'm delighted to get to work again with such a great performing ensemble and such a champion of new music, Michael Butterman."

"We are thrilled to receive this recognition," said Michael Butterman, music director of the Boulder Phil. "We are so excited to have a new work by Stephen, this time paying tribute to a park in our own backyard, and are excited that it will help us enhance the Phil's representation of Boulder, and Colorado, on the national stage. This grant is a great example of well-placed public investment in two areas that enhance quality of life - parks and the arts."

Lias also has a connection to Rocky Mountain National Park. It was the first park where he served as artist-in-residence (2010), and the resulting piece, "The Timberline Sonata" was premiered by SFA faculty members Gary Wurtz and Ron Petti at the Estes Park Music Festival. Other pieces by Lias have been inspired by Big Bend, Kings Canyon, Sequoia, Denali, Wrangell-St. Elias, Carlsbad Cavern and Mesa Verde national parks, among others. Several of these works have been compiled onto a CD recording, "Encounters."

Lias plans to be in attendance when the Boulder Philharmonic premieres his work.