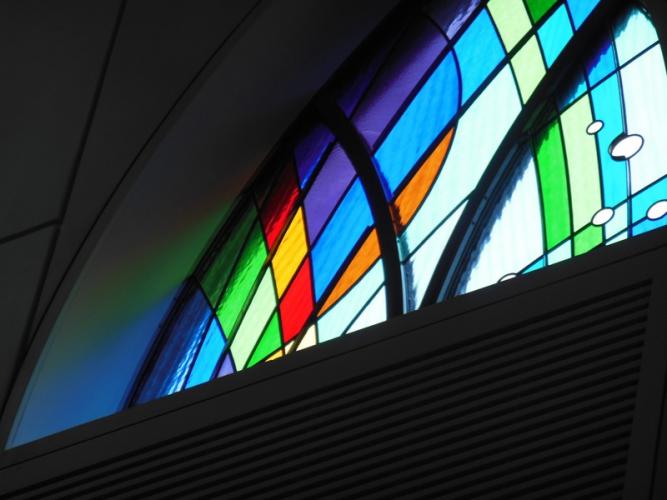 The Best of Show award in the 2014 NAL show went to R.G. Dean for "Stained Glass." The 2015 Best of Show winner will be announced at the opening reception of this year's show at 6 p.m. Friday, June 19, at The Cole Art Center @ The Old Opera House in downtown Nacogdoches.


NACOGDOCHES, Texas - The Nacogdoches Photographic Association and Nacogdoches Art League will open their 2015 gallery shows with a reception at 6 p.m. Friday, June 19, in The Cole Art Center @ The Old Opera House in downtown Nacogdoches.

Theme for the photographic association show is "Tells a Story," and serving as juror was Johanna Warwick, assistant professor in the School of Art at Stephen F. Austin State University.

The "Tells a Story" theme was chosen because although many pictures are taken primarily because the subject captures the attention of the photographer to the beauty of the scene, or to the uniqueness of the scene, or because the scene satisfies an assignment, not every picture has an implicit story within it, explained R.G. Dean, member of the NPA. However, the occasional photograph becomes a way of both telling and preserving a story, he said.

"The challenge for the photographer is to combine the skills of composition, framing and proper exposure while recording a message," Dean said. "Most photographers are occasionally fortunate enough to make a photograph which does that, so we chose a theme which gave us an opportunity to 'retell' some of the stories we have recorded with our cameras."

The images were judged in three categories: "Fits the Theme," "Appeal (how interesting the picture is and if the viewer wants to keep looking at it)" and "Technical Skill." Warwick selected 66 images from the 128 that were entered by NPA members. Awards will include Best of Show, first, second and third places and honorable mentions in two categories, including traditional and digitally enhanced. The 2015 Best of Show recipient will be announced at the opening reception.

Since the Nacogdoches Art League embraces all visual art media and has members in numerous media, no theme is adopted for its gallery show. Awards will include Best of Show, first, second and third places and honorable mentions in four categories in each of two divisions - professional and non-professional. The categories in each division are: "Watercolor and Mixed-Media," "Oils and Acrylics," "Three Dimensional" and "Photography."

This year's juror is Jason Daniel, a native of Nacogdoches who earned BFA and MFA degrees from SFA. He taught studio art at Southern University in Baton Rouge for eight years and has taught art at Jersey Village High School in Houston for 10 years. Recently, his interests have included a more surrealist approach to painting and a renewed interest in ceramics.

The Nacogdoches Art League was organized in 1969. Its purpose is to encourage appreciation of and participation in the various visual art media. Activities include one or more annual exhibitions, art demonstrations and informative programs, and the awarding of one or more art scholarships each year to a Nacogdoches County high school senior who will attend SFA with a major or minor in art.

Regular meetings are held at 6 p.m. the second Thursday of each month September through June at The Cole Art Center, and guests are welcome to attend. Membership in NAL is open to anyone interested in the visual arts. For information, contact Dean at dean@sfasu.edu.

NPA meets at 7 p.m. the first Tuesday of each month (except on field-trip nights) in The Cole Art Center. For more information about the Nacogdoches Photographic Association, contact NPA president Bob Stout at nacvet@hotmail.com, or Dean at dean@sfasu.edu.

All receptions and gallery exhibitions are free of charge. 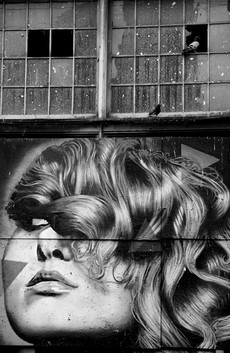 The photograph "Urban Beauty" by Sharon Scifres was awarded Best of Show at the 2014 NPA annual juried show.