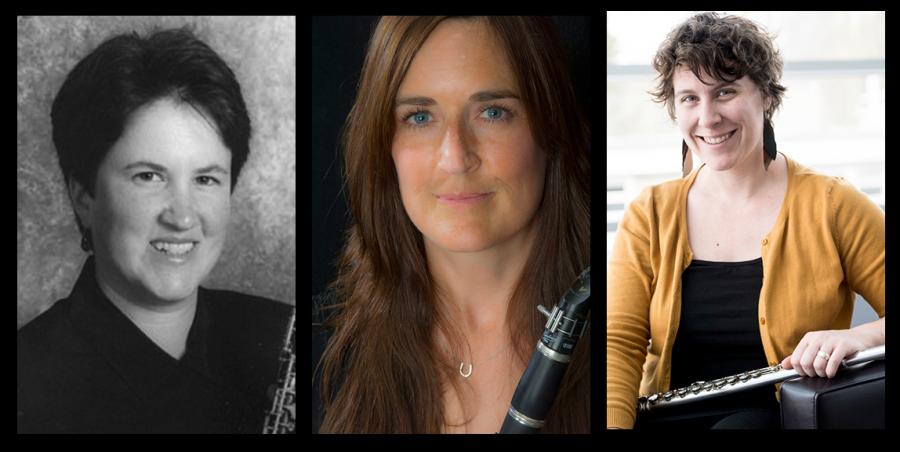 
NACOGDOCHES, Texas - The Memphis Woodwind Trio, comprised of the flute, clarinet and oboe faculty from the University of Memphis School of Music, will perform a concert of intimate chamber music for winds at 7:30 p.m. Tuesday, March 3, in Cole Concert Hall on the Stephen F. Austin State University campus.

Works will range from the serious, such as Thea Musgrave's "Impromptu" for flute and oboe, to the sublime - an Antonin Dvorak string trio, re-imagined. The program will also feature works by J.S. Bach, H. Villa-Lobos, Malcolm Arnold and Leonardo de Lorenzo.

The recital is a joint presentation of the SFA College of Fine Arts and School of Music and is a feature of the Cole Performing Arts Series.

Jones is currently assistant professor of clarinet at the University of Memphis, Rudi E. Scheidt School of Music. Since arriving in Memphis in the fall of 2012, she has performed with the Memphis Symphony Orchestra and the Memphis Woodwind Quintet and as principal clarinet with the Jackson Symphony Orchestra. She has performed with the Louisiana Philharmonic Orchestra, the Minnesota Orchestra, the Civic Orchestra of Chicago and the Fort Wayne Philharmonic.

Blatchford, assistant professor of flute, is also a member of the City of Tomorrow, a contemporary music-focused wind quintet that took first place at the Fischoff National Chamber Music Competition in 2011. She has traveled to Latin America and the Caribbean to coach chamber musicians and flutists and has given master classes at San Francisco Conservatory of Music, Williams College, the University of Western Michigan and Willamette University, among others.

Vigneau, associate professor of oboe, has taught at Colby College, Bates College, the Portland Conservatory of Music, the University of Cape Town, and the University of Mary Hardin Baylor. She has performed with orchestras and chamber ensembles throughout the United States and Mexico and spent three years playing in the Cape Town Symphony Orchestra.