Rockin' Axes to present 'The Fathers of Rock and Roll' 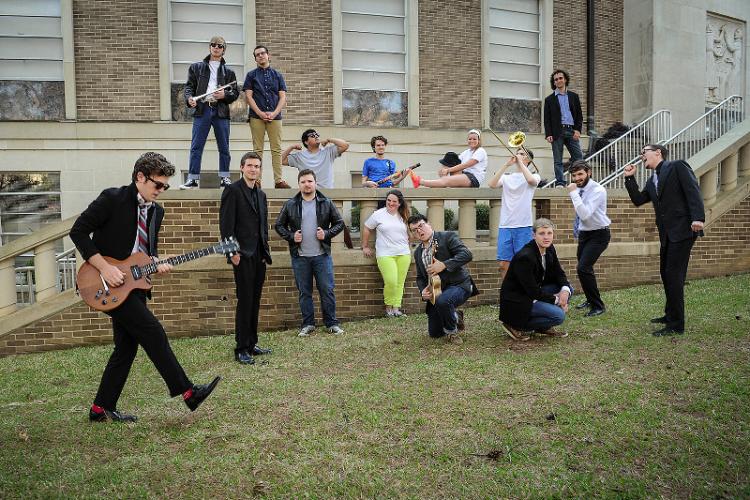 
NACOGDOCHES, Texas - The Rockin' Axes at Stephen F. Austin State University will present "The Fathers of Rock and Roll" at 7:30 p.m. Friday, May 1, in Cole Concert Hall on the SFA campus.

The Rockin' Axes, a product of the Sound Recording Technology program at SFA, will perform the music of rock and roll legends Elvis Presley, Ray Charles and Ritchie Valens, among others.

"The Fathers of Rock and Roll" was selected as this semester's concert theme so that students could learn about the origins of rock, specifically in terms of stylistic traits, forms and arranging ideas typically used in the 1950s and '60s, according to Andrew Sperandeo, SRT instructor and director of the Rockin' Axes.

Among the tunes to be performed are Presley's "Jailhouse Rock," Charles' "What'd I Say" and Valens' "La Bamba."

"This semester's concert will have a wonderful blend of styles, genres and timbres stemming from the original, recorded versions of these tunes with the integration of modern sounds to show the relationship between the two," Sperandeo said. "There is truly something for everyone from young to not so young."

In studying "Jailhouse Rock," it was important for students to be exposed to Presley's sound, "especially since most have never listened to his music before performing in this ensemble," Sperandeo said.

"Elvis was one of the first cross genre artists of his time," he added, "encompassing blues, rock, gospel, bluegrass and country, and his music has influenced many artists over the past 60 years."

The students studied how race and the turbulent times of the 1950s and '60s influenced the music of that era.

"Focusing on primarily the positive side, we looked at how artists like Ray Charles were able to cross racial boundaries through their music," Sperandeo said.

For similar reasons, Sperandeo wanted students to be aware of the cross cultural influence of Latin artists and their songs, such as in Valens' "La Bamba."

"This song topped all the charts, yet the original was sung in Spanish," he said. "You do not even really see that happening today. This is another prime example of how music can truly be colorblind."

This concert is a presentation of the SFA College of Fine Arts and School of Music. Tickets are $8 for adults, $6 for seniors and $3 for students and youth. For tickets or more information, call the SFA Fine Arts Box Office at (936) 468-6407 or visit www.finearts.sfasu.edu.