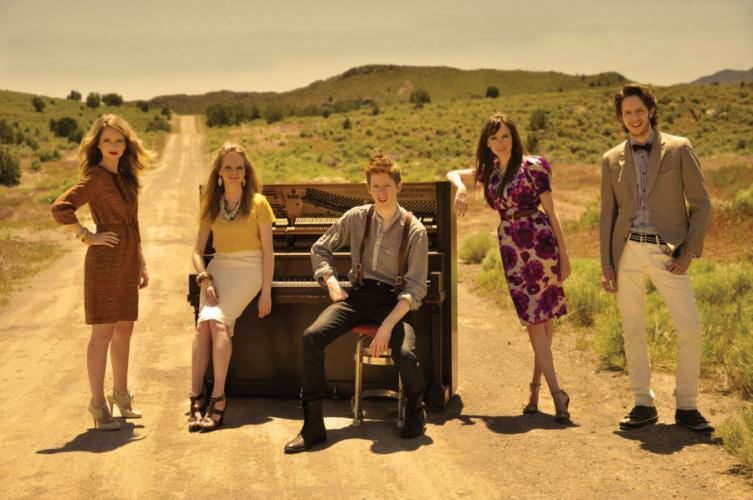 This interesting mix of performance art brings Bharatanatyam dance from India, gypsy swing from San Francisco and the story of Dracula from the pages of Bram Stoker's timeless horror story to the W.M. Turner stage. The series also features a famous family of pianists and a dazzling soprano from Texas, according to John W. Goodall, associate dean of the College of Fine Arts.

"Designed to bring quality fine arts experiences to East Texas, the series consists of five highly acclaimed professional touring groups," Goodall said. "This year, we are going back to our roots in being reflective of the early years of the University Series, featuring touring acts only while at the same time significantly lowering our prices and streamlining the process for ordering tickets.

"This year's series offers a wide range of artistic talent, from dance to music to theater," he said. "It's going to be another great season, and one our loyal University Series patrons, and newcomers alike, will not want to miss."

The new series opens Thursday, Sept. 17, with Sonali Skandan & Jiva Dance Company presenting compelling and dynamic works based on the timeless idiom of Bharatanatyam. Jiva Dance sees the importance of preserving and promoting the traditional arts, yet also understands the need to incorporate innovative techniques to reach diverse audiences. The performance is sponsored in part by Commercial Bank of Texas.

An evening of vintage silent films accompanied by live gypsy swing will hit Turner stage Thursday, Oct. 22, when The Hot Club of San Francisco presents "Cinema Vivant," a celebration of imagination and innovation. Like the wandering gypsy musicians of the 1930s, these artists play their guitars and fiddles while matching movements on a large screen with characteristic virtuosity, passion and humor. The performance is sponsored in part by BancorpSouth.

The widely popular The 5 Browns will bring their Christmas spirit to Turner Auditorium when the sibling pianists perform Friday, Dec. 18, as part of the series. The 5 Browns are delivering on their dream to wake up classical music by introducing it to the widest, largest and most excited audience they can find. Whether performing individually or together in duos or complex five-piano arrangements, The 5 Browns reveal a deep connection to the intent of their material while bringing a fresh energy and dynamic character to the color and tonal spectrum of their sound. This performance is sponsored in part by Nacogdoches Medical Center.

Over the years, the story of Dracula has been used as commentary in modern studies of psychology, women's issues and colonialism, while never losing its place as one of the greatest horror stories ever told. L.A. Theatre Works is the foremost radio theater company in the United States, and this presentation of "Dracula" is immediate, spontaneous, and features a first-rate cast, live sound effects, and a connection to the audience rarely felt in a traditional theater setting. This performance is sponsored in part by Lehmann Eye Center.

A native of Texas, Ava Pine continues to dazzle audiences and critics with her rewarding vocalism and compelling commitment to character, creating vivid and captivating portraits on stage. Equally at home with opera, oratorio or recital, and accomplished in works ranging from baroque to contemporary, she brings great vocal and dramatic range to her work. This performance is sponsored in part by: Cataract, Glaucoma & Retina Consultants of East Texas/Benchmark Optical.

Single-event ticket purchases for the University Series or any of the other performances presented through the College of Fine Arts can be made beginning Monday, Aug. 17.