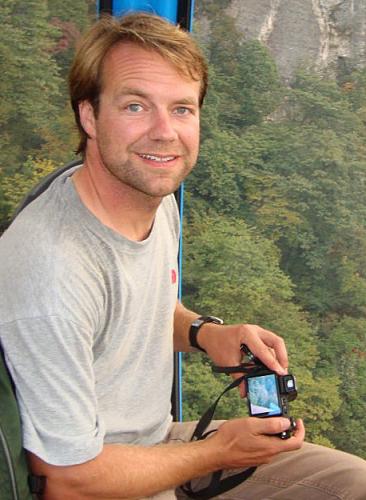 A resident of Decatur, Georgia, McMahan is an extreme plant enthusiast. He obtained a Bachelor of Arts in English from Wofford College and an associate degree in horticulture from Spartanburg Technical College in South Carolina. He was a propagator for a large wholesale grower for five years, as well as the nursery manager at the Atlanta Botanical Garden for several years.

McMahan left the Atlanta Botanical Garden in 2003 to open his own business. Located just north of Lake Lanier, McMahan's Nursery specializes in hardy, unusual perennials, shrubs and trees in the Southeastern United States. He has traveled to China, Japan, Taiwan, India, Bhutan, Thailand, Vietnam and various locations in the Southern and Northwestern U.S. in search of rare finds. He enjoys pushing the limits of what will grow in Zone 7 of the United States Department of Agriculture's zone system that helps determine plant hardiness and assists gardeners in defining which plants are well suited for specific climates.

In fall 2009, McMahan opened Garden*Hood, a full-scale retail nursery and in-town plant boutique located near Zoo Atlanta. The nursery was named Best Place to Buy Plants in the "Atlanta Magazine" 2009 issue and also won both the editor's and people's choice award in the Atlanta Journal-Constitution's Best of the Big A poll for 2010. More recently, Garden*Hood won Best Garden Shop in Creative Loafing's 2011, 2012 and 2014 Best of Atlanta issues.