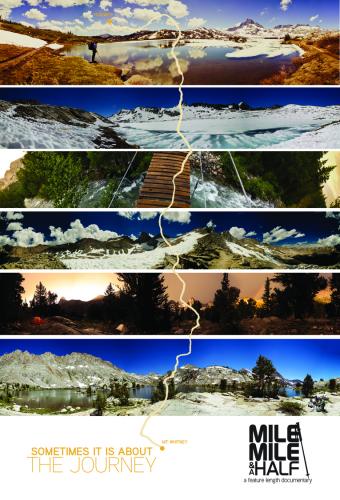 A one-night screening of the film "Mile... Mile & A Half" will take place at 7p.m. Friday, April 17, in the Cole Art Center @ The Old Opera House in downtown Nacogdoches.


NACOGDOCHES, Texas - The Stephen F. Austin State University School of Art and the Friends of the Visual Arts will present a free, one-night screening of "Mile… Mile & A Half" at 7 p.m. Friday, April 17, in The Cole Art Center @ The Old Opera House in downtown Nacogdoches.

A documentary film by The Muir Project, "Mile… Mile & A Half" is the story of five friends who leave their daily lives behind to hike California's historic John Muir Trail, a 211-mile stretch from Yosemite to Mt. Whitney (the highest peak in the contiguous U.S.). Their goal, according to information at themuirproject.com, is to complete the journey in 25 days while capturing the sights and sounds they encounter along the way.

The documentary is directed by Jason Fitzpatrick and Ric Serena. It is 87 minutes in length.