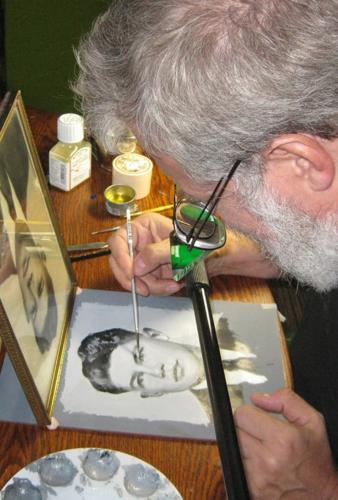 
NACOGDOCHES, Texas - The Stephen F. Austin State University School of Art and the Friends of the Visual Arts will present a free, one-night screening of "Tim's Vermeer" at 7 p.m. Friday, Feb. 6, in The Cole Art Center @ The Old Opera House in downtown Nacogdoches.

A Sony Pictures Classic release, this 2013 Penn & Teller film is the story of Tim Jenison, a Texas-based inventor, who attempts to solve one of the greatest mysteries in all art: How did 17th century Dutch master Johannes Vermeer ("Girl with a Pearl Earring") manage to paint so photo-realistically - 150 years before the invention of photography?

According to information at sonyclassics.com, "The epic research project Jenison embarks on to test his theory is as extraordinary as what he discovers."

Spanning eight years, Jenison's adventure takes him to Delft, Holland, where Vermeer painted his masterpieces, on a pilgrimage to the north coast of Yorkshire to meet artist David Hockney, and even to Buckingham Palace to see a Vermeer masterpiece in the collection of Queen Elizabeth II.

Betsy Sharkey of The Los Angeles Times describes the 80-minute film as, "A fascinating new documentary about art, obsessions, ideas and answers."

The film is rated PG-13 for some strong language.