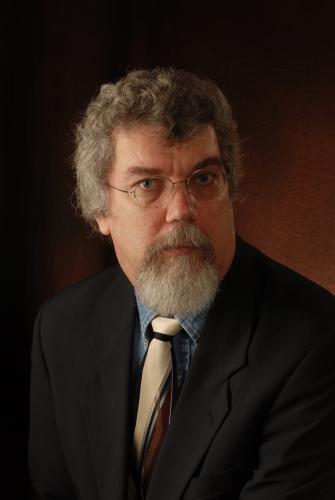 
NACOGDOCHES, Texas - Dr. Richard Jones, professor of theatre at Stephen F. Austin State University, is among approximately 30 scholars from around the nation selected to participate in a National Endowment for the Humanities summer institute that will explore issues of translation in the classroom.

"What is Gained in Translation: Learning How to Read Translated Texts" will be held June 7 through 27 at Kent State University in Kent, Ohio. Designed for scholars in the humanities and social sciences who work with translated texts, the institute will provide the theoretical models and applications developed through translation studies that will enable them to exploit translation as a teachable moment. These strategies are designed to sensitize students and teachers to the worldviews embedded in other languages and to make them aware of the cultural specificity of their own modes of thinking and perception.

Because the study of theatre and drama crosses over so many boundaries, Jones said that he is extremely reliant on translated material.

"This year alone I taught 31 plays in translation from somewhere between 12 and 16 different original languages - depending, for example, on whether we count Middle French and modern French as discrete languages," he said. "And that's just the plays. Critical material adds another two or three languages to the list.

"Translation theory has long been relevant to my scholarly work, but I haven't had the opportunity to study it in the depth this institute will provide," he said. "I'm confident that I'll develop a more comprehensive understanding of the relationship between culture and language, and of the implications of translation and adaptation. This will, in turn, add nuance and sophistication to my classroom teaching, my scholarship and my production work."

Most participants are from language departments, although there is another theatre scholar in addition to Jones, plus people from education, sociology, anthropology, cultural studies and other areas, he explained.

This fall, Jones will begin his 15th year at SFA where he teaches beginning and advanced courses in play analysis, a two-course sequence in theatre history and beginning directing. He also teaches topics courses, ranging from Asian theatre to the history of comedy to a study abroad program in Ireland. He has also directed 17 plays at SFA, nine of them in translation, including his own versions of Georg Büchner's "Woyzeck" and Guillaume Apollinaire's "The Breasts of Tiresias."

Each year, the National Endowment for the Humanities supports summer programs for school, college and university teachers. NEH summer programs are held across the United States and abroad.