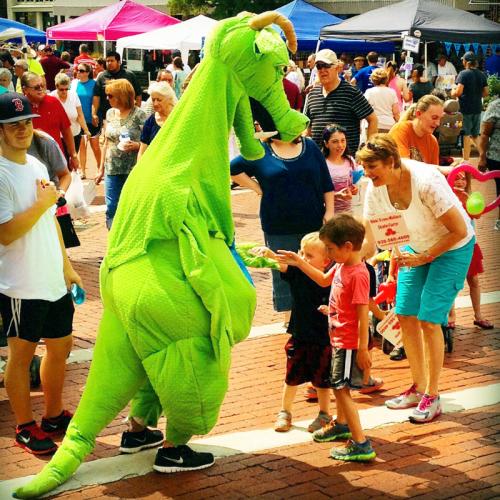 
NACOGDOCHES, TEXAS - Students in the Stephen F. Austin State University School of Theatre will add another element of excitement to all the fun those attending the Texas Blueberry Festival will experience June 13 in downtown Nacogdoches.

Students will be promoting the upcoming SFA SummerStage Festival, which kicks off Friday, June 26, and runs through July 17. The family friendly festival will feature the American classic "The Glass Menagerie" by Tennessee Williams and the popular children's show "The Emperor's New Clothes: The Musical," by Karen Boettcher-Tate and Bill Francoeur.

The costumed characters can be seen in front of The Cole Art Center @ The Old Opera House at 329 E. Main St. Cast members from "The Emperor's New Clothes" will sing songs from the show at 10:45 and 11:15 a.m. Theatre students will be selling crafts and doing face painting as a fundraiser for the students' trip to Edinburgh, Scotland, in August where they will perform in the 2015 International Collegiate Theatre Festival.