SFA's Children of the Court to participate in Homecoming activities 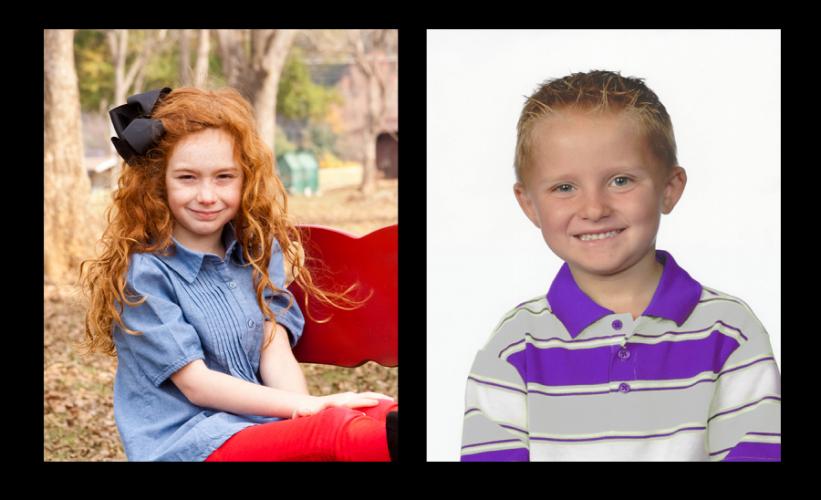 Lillian (Lily) Grace Montes and Gavin Tolar will serve as the 2015 Stephen F. Austin State University Children of the Court during the Homecoming celebration Oct. 30 and 31.


NACOGDOCHES, Texas - Gavin Tolar and Lillian (Lilly) Montes will serve as the 2015 Stephen F. Austin State University Children of the Court during the annual Homecoming celebration Oct. 30 and 31.

Gavin Leroy Tolar is the 6-year-old son of Marcus and Erika (Wulff) Tolar of Houston. Erika, a 2002 SFA graduate, is a worldwide account manager for the FedEx Corporation and serves on the Board of Directors for the SFA Alumni Association.

Gavin is a first grader at Abiding Word Lutheran School in Houston. He has a servant heart and enjoys volunteering at FedEx events and at the Kid's Camp for the Council on Recovery. He truly bleeds purple and enjoys "throwing the axe" every chance he gets. He also has two aunts, Sarah Gallander, class of 1999, and Emily Doyle, class of 2006, and one uncle, John Gallander, class of 1999, who are all proud SFA alumni.

Gavin enjoys playing flag football, golf and soccer, participating in Tae Kwon Do, and fishing with his dad. He also likes to play Minecraft, eat peanut butter and jelly sandwiches, read books, and attend SFA athletic events. His favorite athletes are J.J. Watt, Arnold Palmer, former SFA basketball player Jacob Parker, and all SFA Lumberjack football players. Gavin wants to work in a business-related field when he grows up, and he plans to attend SFA in fall 2027.

Lillian (Lilly) Grace Montes is the 9-year-old daughter of Dr. Jennifer Criss (Montes) and Mr. Michael Montes of Nacogdoches. Criss, a 1998 SFA graduate, is a pediatric dentist in Nacogdoches and was named SFA Outstanding Young Alumna in 2012. In addition, she serves as a member of the SFASU Foundation Board of Trustees. Michael, a Nacogdoches native and Sam Houston State University alumnus, is a design engineer with GE Lufkin Industries. Lilly's grandparents are Bob and Dath Crain of Nacogdoches; Robert and Donna Criss of Tennessee Colony, Texas; and Bennett and Rhonda Montes of Nacogdoches. Lilly also has a younger brother, Anderson.

Lilly attended SFA's Janice A. Pattillo Early Childhood Research Center until she was 5. She is a third grader at Christ Episcopal School in Nacogdoches, and her favorite subjects are math, science and computer. Lilly and her family attend First United Methodist Church of Nacogdoches. She has played five years for the Nacogdoches Youth Soccer Association's Dragonflies soccer team, where her father is a volunteer coach. She also is a member of the Academy Elite Ballet Company and will perform in the Nutcracker this Christmas.

Lilly enjoys visiting the library, reading, sewing and playing with her cat, Snowball. Inspired by her SFA Pre-K teachers, Lilly wants to become a pre-school teacher when she grows up.