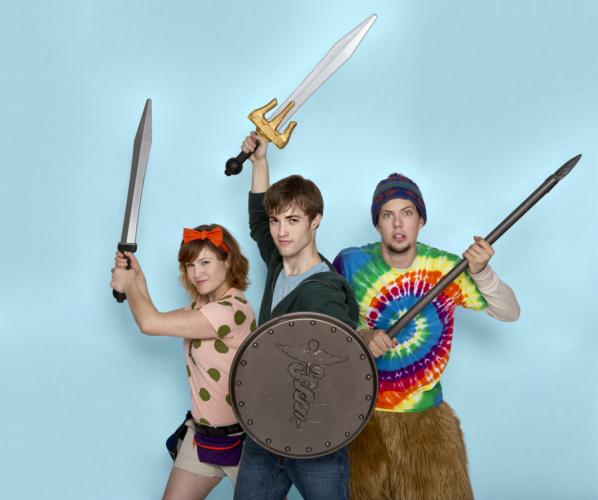 "The Lightning Thief," presented by Theatreworks USA, is the final show in the 2014-2015 season of the Children's Performing Arts Series of the SFA College of Fine Arts. The show will be presented at 9:30 a.m. and 12:30 p.m. Tuesday, May 12, in Turner Auditorium on the SFA campus.


NACOGDOCHES, Texas - The Stephen F. Austin State University College of Fine Arts and the Children's Performing Arts Series will conclude the 2014-2015 CPAS season with two performances of "The Lightning Thief" on Tuesday, May 12.

"'The Lightning Thief' is a funny, action-packed musical," said Diane Peterson, manager of the SFA Fine Arts Box Office and director of the series. "This exciting national touring production is fast-paced and imaginative and targets students in second grade and up."

Presented by Theatreworks USA and adapted from the book by Rick Riordan, "The Lightning Thief" is the story of Percy Jackson, who is about to be kicked out of boarding school ... again. And that's the least of his troubles. Lately, mythological monsters and the gods of Mount Olympus seem to be walking straight out of the pages of Percy's Greek mythology textbook and into his life. And worse, he's angered a few of them. Zeus's master lightning bolt has been stolen and Percy is the prime suspect.