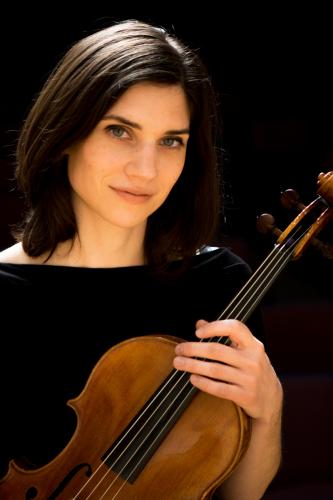 
NACOGDOCHES, Texas - The Choral Union and Women's Choir at Stephen F. Austin State University will perform a concert of sacred music at 7:30 p.m. Tuesday, Oct. 27, in Cole Concert Hall in the Wright Music Building on the SFA campus.

The theme of the concert, "Sacred Journeys," was chosen as a reflection of sacred music from all over the world and different time periods, according to Dr. Tod Fish, assistant professor and associate director of choral activities for the SFA School of Music.

"The concert is representative of 12 different countries and drawn from music as early as the mid-15th century to works that are contemporary," Fish said. "This is the most challenging and stylistically diverse program these choirs have performed during my tenure at SFA. It is going to be an exciting concert."

School of Music faculty member Melissa Nabb will serve as the viola soloist for Giacomo Puccini's setting of "Requiem aeternam," and guests from SFA's orchestra program will also join in the performance.

The Women's Choir will sing a contemporary setting of "Cantate Domino" by Canadian composer Rupert Lang.

"It incorporates the usage of an electronic keyboard instrument and aleatoric techniques from the choir," Fish said, "as the choristers will sing the portions of the Latin text at their own tempo under a soloist. It is a most effective setting."

The women's choir will also sing Guillaume Dufay's "Ave Regina Caelorum," an early Renaissance style piece that employs the usage of archaic techniques, such as the "Landini Cadence," that does not lend itself to the modern ear, Fish explained.

The Choral Union will sing "Himne" by Roelof Temmingh, who makes use of the 20th century compositional techniques of the octatonic scale and serialism, but does them in a way that makes the harmonic material seem functional, Fish said.

"It is a fascinating piece, with a challenging accompaniment for Olga Wong, our accompanist," he said.

"It is set in the style of chant used in the Russian Orthodox Church," Fish said. "It is a lovely setting of great depth of tone and texture. The Choral Union will perform it in the original Church Slavonic."