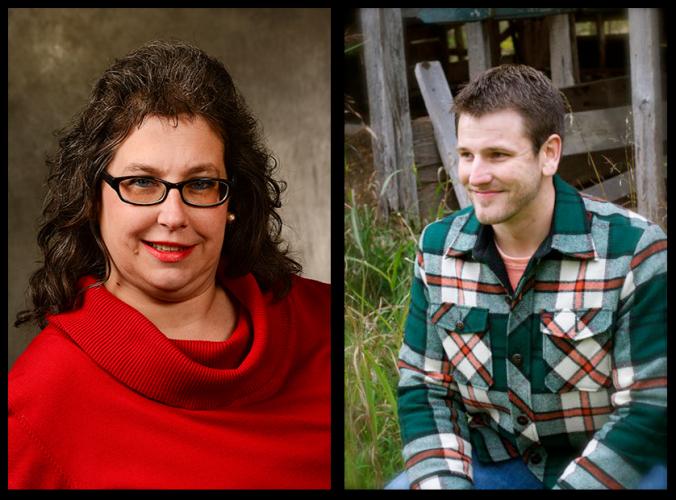 
NACOGDOCHES, Texas - The music of composer Jess Langston Turner will be performed in a concert of the Wind Symphony and Symphonic Band at 7:30 p.m. Tuesday, Oct. 20, in Turner Auditorium on the Stephen F. Austin State University campus.

Directed by Dr. David W. Campo, associate director of bands at SFA, the Wind Symphony will feature guest soloist and SFA music faculty member Nita Hudson on Turner's "Lullaby," which is taken from a larger work for string orchestra and percussion, "Memorial to Silent Voices." The text sung by the alto soloist is from the well-known traditional English lullaby, "All Through the Night."

"While the melody sung by the alto soloist is not the original, snatches of the traditional tune appear periodically in a solo flute," explained Campo. "The simple melody and the gently rocking chordal accompaniment combine to form a peaceful and soothing lullaby."

The Symphonic Band, directed by Dr. Tamey Anglley, assistant director of bands, will open the concert with Turner's "Oh, What A Morning," which "depicts the dawn of a new morning, followed by rejoicing and an ecstatic celebration of eternal light," according to Anglley.

Graduate student Cheyenne Handorf of Palestine will conduct "The King of Love My Shepherd Is," which Turner transcribed for band.

"Originally composed by Dan Forrest for chorus, 'The King of Love' is an old Irish hymn tune with a lovely text by Henry W. Baker," Anglley said.

The third Turner piece will be "Noche Triste," which is a depiction of "The Night of Sorrows," an important event in the Spanish conquest of Mexico, according to Anglley. The Symphonic Band will finish its half of the concert with Fred Jewell's "Quality Plus March." Jewell is known as the "March King of Indiana," which is where Turner is currently completing his doctoral degree.

In addition to Turner's "Lullaby," the Wind Symphony will perform composer Kevin Walczyk's "Sojourn of Dreams." Walcyzk notes, "This work was commissioned to honor and celebrate the life of former band director Jeff Cumpston, who was tragically killed in Zimbabwe. The work's melodic and harmonic constructs are derived from pitch structures based on Jeff's name and folk elements indigenous to Zimbabwe. Prior to moving his family to Zimbabwe, Jeff was asked what made him decide to leave the comfortable environment of Oregon to go with his family and teach in Africa. Jeff's answer was simple: 'A dream.' This work takes its title and inspiration from Jeff's journey to fulfill a dream of service and commitment."

The final work by Wind Symphony will be Karl King's stirring march "Invictus."

"This march was composed in 1921 and dedicated to Merle Evans, bandmaster of the Ringling Bros. and Barnum & Bailey Circus," Campo said. "The march features technically challenging parts for the low brass along with sparkling woodwinds in the final strain."