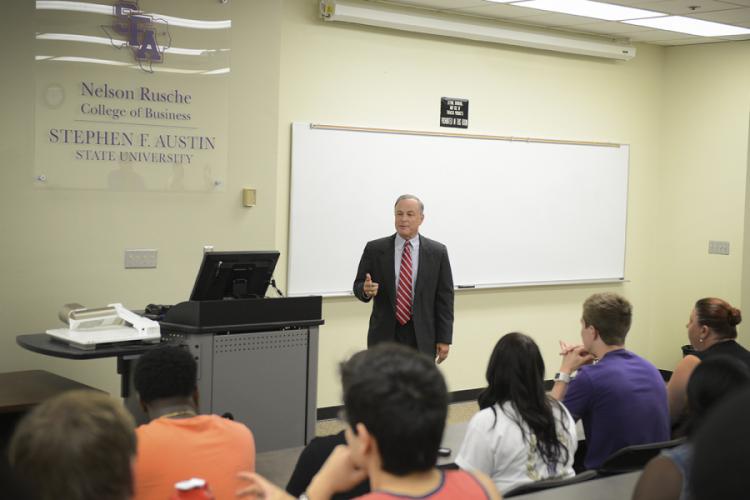 Appointed by Gov. Greg Abbott shortly after his election in November, Cascos spoke to the class of approximately 100 students during a stop on a statewide tour. Cascos said the tour was to learn more about the different areas of Texas while educating residents about local, state and federal issues.

Cascos' message was not the typical secretary of state address encouraging citizens to vote, but a request that students work to understand the issues facing Texas and their importance. He said students often do not know details of the area in which they live until they establish roots and a career.

In addition, he encouraged students to research communities when choosing a job after college, including tax rates, schools, health care and the effectiveness of local governments.

"It's important for students to learn about where they are going to live and work," he said.

Cascos said among his first goals as secretary of state is to improve relations with Mexico, the state's largest trade partner. Cascos, who was born in Mexico and immigrated to the U.S. as a child, said he expects a deal within the next month to ensure compliance with the 1944 U.S.-Mexico Water Treaty.

He also highlighted the state's job growth in various sectors and touted the business-friendly environment of Texas.

A certified public accountant, Cascos offered the economics students the one piece of advice he wishes he would have received in college: to expect a different experience after graduation. "School isn't like the real world," he said. "When you get out, it won't all be glamorous."