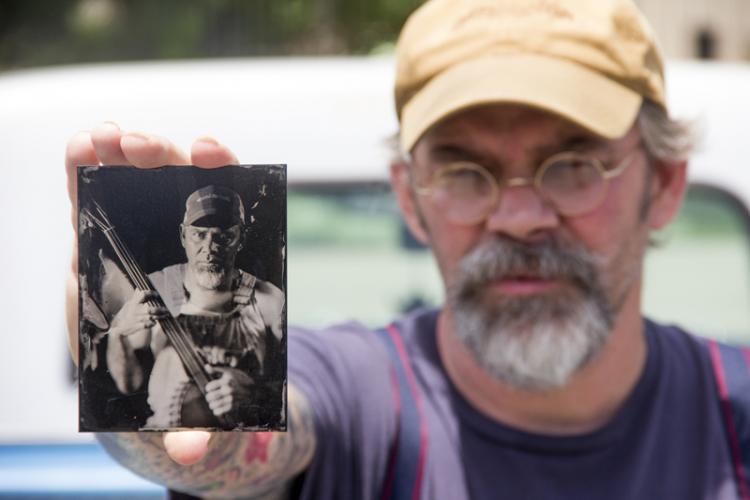 
NACOGDOCHES, Texas - The SFA School of Art and Friends of the Visual Arts will offer Texas Blueberry Festival-goers the opportunity to sit for a unique self-portrait as a fundraiser for FVA.

Tintype portrait sessions will begin at 9 a.m. Saturday, June 13, inside The Cole Art Center @ The Old Opera House in downtown Nacogdoches. Cost is $20 per portrait.

"Characterized by extremely high resolution, creamy tones and a mirrored image, tintypes, along with many other 19th century processes, are experiencing a renaissance in this digital age as a highly sought-after novelty of sorts," Cox said.

Historically, tin is used in the process, but anodized aluminum will be used for these portraits, he said.

Customers will be accommodated on a first-come, first-served basis. Materials are available for just over 100 portraits.

"We will shoot until we exhaust those plates, or until 2 p.m., whichever comes first," Cox said.

Some props will be available.

Proceeds will go toward funding grants and scholarships the Friends of the Visual Arts awards annually to students in the Stephen F. Austin State University School of Art.