Brazilian musicians to perform in free concert at SFA 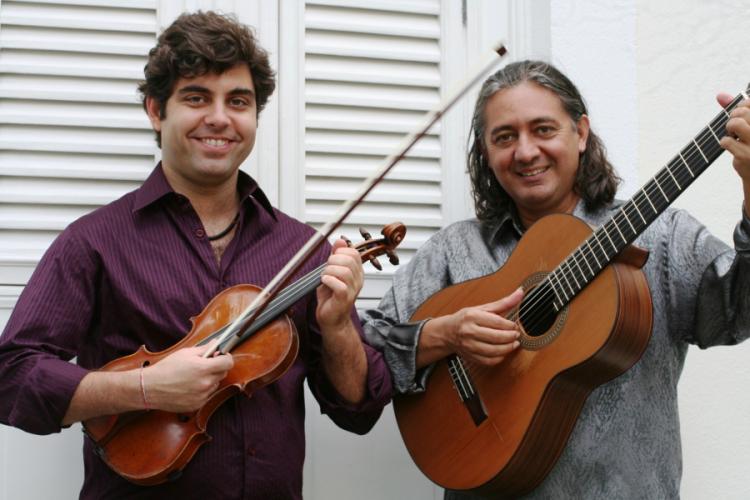 "The Department of Languages, Cultures and Communication brings several guest artists, writers and political figures every semester to the SFA campus to give presentations and work with students," said Dr. Jeana Paul-Ureña, professor and chair of the Department of Modern Languages. "This initiative targets artists from countries representing the languages taught in the department and seeks to bring unique cultural experiences to SFA students. This month the department is excited to bring two artists from Brazil."

Representing some of Brazil's best musicians in classical guitar and violin, Mario Ulloa and Daniel Guedes have been performing and recording together during the past few years.

"Mario Ulloa is originally from Costa Rica. I met him there when we both studied in the School of Music at the University of Costa Rica during the '80s," said Juan Carlos Ureña, associate professor of modern languages at SFA. "In 1987, Mario left for Germany to study classical guitar with Eliot Fisk in the Conservatory Musikhochschule Ko¨ln, where he also studied baroque music. From Germany, he moved to Brazil where he became a professor at Universidade Federal da Bahia."

Guedes is a professor of violin at the Universidade Federal do Rio de Janeiro. He studied music in the Conservatório Brasileiro de Música, and later in the Manhattan School of Music in New York. Also, Guedes studied chamber music with Sylvia Rosenberg, Isidore Cohen and Arnold Steinhardt; and orchestral conducting with Glen Cortese, Pinchas Zukerman and Mika Eichenholz.

Ulloa and Guedes will be on campus next week to meet with students and talk about their work. The free concert will be in Liberal Arts North, Room 102.