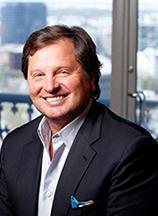 Dr. Trey Turner, executive director of development at SFA, said the summit will feature a panel discussion with seven successful alumni about leadership principles and business and corporate issues.

“The aim of the SFA Leadership Summit is to give students the opportunity to ask questions and visit with individuals who work in corporate America and have attained senior-level leadership positions within their respective companies,” Turner said. “The interactions between our featured panelists and students will help educate and inspire the next generation of SFA leaders.”

This free event is scheduled in conjunction with the Nelson Rusche Distinguished Lecture Series, which premieres at 7:30 p.m. Nov. 3 in the BPSC Grand Ballroom.

Dr. Tim Bisping, dean of the Rusche College of Business, said providing students opportunities to become leaders in their fields is central to the college’s mission.

“Having such successful business alumni on campus sharing their expertise in order to help our students develop as leaders is a special opportunity that we truly appreciate,” Bisping said.

Greg Arnold serves as chairman and CEO of the Truman Arnold Companies, a privately owned national petroleum marketing and aviation services company, which Arnold’s father began in 1964. During his 28 years with the company, Arnold has been responsible for expanding the TAC Air network and Keystone Aviation brands, growing the TAC energy network to 48 states and building the TAC terminal network.

Arnold graduated from SFA with a Bachelor of Business Administration in 1987. He serves on the board of JP Energy Partners and is a member of the National Petroleum Council, and he has been involved in numerous real estate, banking and private investment activities.

Chris Bagley, president and COO of BancorpSouth, has more than 30 years experience in commercial banking, which includes serving as the chief credit officer of Texas-based Prosperity Bank and as chief loan officer and a director of the Bank of Almeda.

Terry Bonno serves as senior vice president of marketing and contracts for Transocean, a deep-water drilling company. Bonno has worked at Transocean for several years and served in various management positions. She has lived and traveled to numerous countries and led marketing and contract efforts globally. Since her first executive marketing role in 2008, she and her teams have executed more than $63 billion in sales and added 19 new-build drillship/semi-submersible ships to the worldwide fleet.

Prior to working at Transocean, Bonno was employed at International Paper Company and Global Marine.

Bonno is director of NOW Inc., a spinoff of the distribution business of National Oilwell Varco Inc. and is a member of the board of trustees for the Offshore Energy Center and Spindletop Charity. The Diversity Counsel has named Bonno one of the 50 most influential women in the oil and gas industry for the past two years.

A certified public accountant, Bonno graduated from SFA with a Bachelor of Business Administration in 1980 and played basketball for the Ladyjacks for four years. In 2012, SFA inducted Bonno into the Basketball Hall of Fame.

After a 15-year career with Kohlberg Kravis Roberts & Co., Michael Calbert retired as a senior partner. During his tenure with KKR, Calbert was responsible for global retail private equity practice and approximately $30 billion in transactions in the retail sector. He served on the firm’s global investment committees, the board of directors of Shoppers Drug Mart and Toys ‘R Us, and as chairman of Academy Sports & Outdoors, Pets at Home and U.S. Foods. Prior to KKR, Calbert was the CFO of Randall’s Food Markets, a $2.5 billion revenue retailer based in Texas.

Calbert currently serves as chairman of the board for Dollar General Corporation and recently joined the Brookshire Grocery Company board in Tyler.

A certified public accountant, Calbert received a bachelor’s degree with an emphasis in accounting from SFA in 1984 and a Master of Business Administration from the University of Houston.

Shirley, a 1990 SFA graduate, earned a bachelor’s degree in accounting and has more than 20 years experience in finance, accounting and capital markets.

A Texas native, Steve Stagner is the executive chairman and chairman of the board for Mattress Firm, operating more than 3,600 company and franchised stores across the U.S.

In 1996, Stagner opened his first franchise location in Atlanta, and, after eight years, he and his business partner had grown their independent franchise to more than 50 stores. Stagner merged his franchise organization into the Mattress Firm corporate entity and became the COO in 2005. Now with a combined annual sales of more than $3.5 billion nationally, Mattress Firm is among the largest bedding retailers in the country.

Stagner graduated from SFA in 1991 with a bachelor’s degree in business administration and marketing.

In April 2015, Michael Taff was named executive vice president and CFO for Chicago Bridge & Iron Company, a leading provider of technology and infrastructure for the energy industry.

Taff received a bachelor’s degree in business administration from SFA in 1984 and is a certified public accountant.