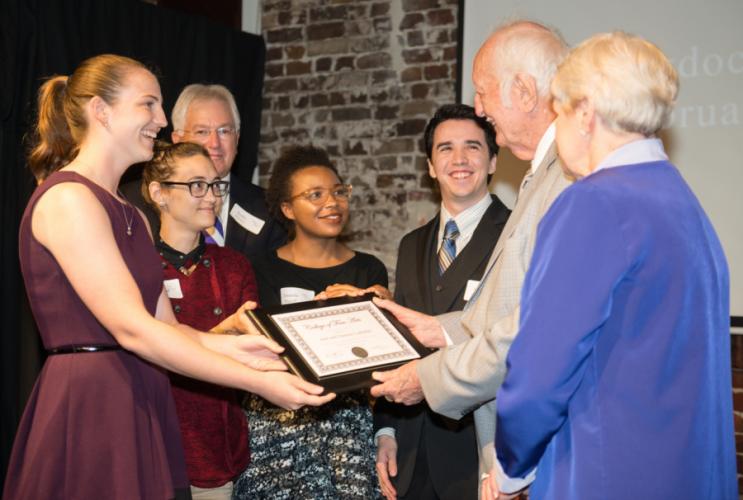 In addition to recognizing the accomplishments of students, the Dean’s Circle is also focused on recognizing excellence among fine arts faculty. The Dean’s Circle realized the College of Fine Arts’ first ever endowed professorship last year, and its first recipient, Dr. Charles Gavin, professor of horn and chamber music at SFA, was also honored at the event.

Each student recipient was selected by the faculty of their respective schools on the basis of their potential to further develop their artistic goals and serve as role models, according to Dr. A.C. “Buddy” Himes, dean of the College of Fine Arts.

The Dean’s Awards not only recognize the recipients for what they have already accomplished, but the awards are also designed to inspire them to reach deep from within to aspire to a higher level of excellence, Himes explained. The awards were established by the Dean’s Circle, an external support organization of community members founded in 2008 and “dedicated, in part, to nurturing potential young artists within the College of Fine Arts,” Himes said.