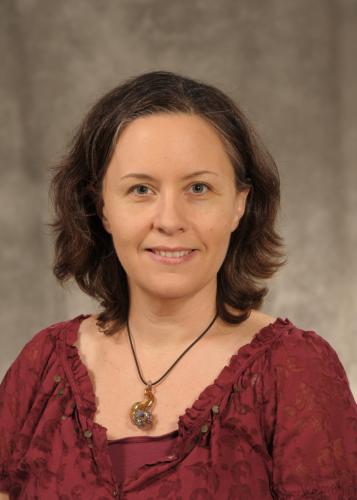 “I always thought of Fulbright scholars as those super-smart international students who were chosen to come to the U.S. to pursue their graduate degrees or conduct research projects,” Catton said. “I never realized that there were opportunities to get short-term Fulbright scholarships outside of academia.

“I’m thrilled that I found out about this program,” she added. “It fits so well into what we want to do to help develop more networks for study abroad, especially exchange programs. It’s an honor to be a Fulbright grantee, and I look forward to helping meet Sen. J. William Fulbright’s goal of developing international understanding through establishing open communication and long-term cooperative relationships.”

The two-week group seminar is designed to familiarize U.S. higher education administrators with Germany’s higher education system, society and culture, according to the program’s website. It is not the first time Catton has worked with the Department of State, though it is the first scholarship of its kind she has received.

“SFA hosts students through the state-department-sponsored UGRAD program — an exchange program that sends students to the U.S. on short-term programs from Pakistan, Eurasia and Kosovo,” Catton explained. “I also had the chance to serve on a scholarship selection committee in Tunisia for the U.S. Department of State’s Thomas Jefferson Scholarship Program. This program brings Tunisian students to the U.S. for one-year, non-degree programs. SFA started hosting students through this program in 2013, and so far we have hosted five Tunisian students.”

Catton was one of 20 Fulbright International Education Administrators from across the U.S. to be selected to connect with German educational leaders. The group will begin the two-week trip in Berlin where they will be provided an introduction to Germany and its higher education system through briefings, government appointments, campus visits and cultural events.

“We will then be split into four subgroups, which will visit different cities/universities,” Catton said. “I will be going to Frankfurt and will be based at Universität Frankfurt.”

The program will conclude in Bonn where participants will meet with the Fulbright group participating in the same program in France. Seven IEA seminar programs are hosted each year in India, Russia, Japan, Korea, Taiwan, France and Germany.

“I always love the opportunity to travel abroad,” Catton said. “Beyond that, I think this program will allow me to make valuable connections with colleagues from U.S. and German universities that SFA may be able to collaborate with in the future. I know that the program is going to offer so many opportunities and visits that I could never have arranged myself. I think it will be a real ‘behind the scenes’ tour of Germany with all of the resources and networks that the German-American Fulbright Commission has developed.”