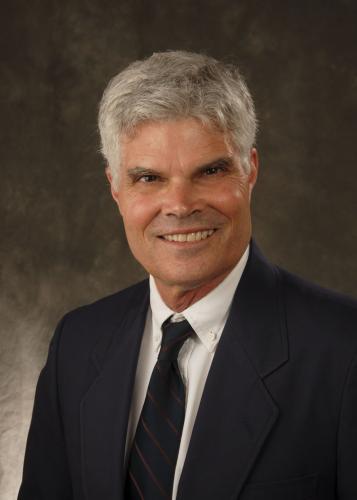 Segady served SFA for 27 years as a professor in the Department of Anthropology, Geography and Sociology, where he taught a range of subjects from globalization and social psychology to sociology of religion and cultures of India. He retired in May 2015.

He was named the 2009-10 Regents Professor at SFA, which is the highest honor the university may bestow upon a faculty member. As an educator, Segady's teaching philosophy emphasized creating a learning environment where students were active participants in their education.

"A good class breaks down the 'dyad' relationship of professor to students," Segady said. "That type of classroom atmosphere allows learning to become a shared experience, and one that is 'portable' - it can motivate everyone to learn in different learning environments, both inside and outside the classroom."

Segady was instrumental in the creation of SFA's honors program. Developing from what he describes as "humble beginnings," he began organizing the program in 1992 with 12 students and served as the program's first director until 1995.

The program, now officially named the School of Honors, has dramatically expanded with more than 1,200 students enrolled each semester who engage in study-abroad experiences, rigorous classes and undergraduate research. Both Dr. Michael Tkacik, current School of Honors director, and Dr. Allen Richman, former director, were central figures in its remarkable growth, Segady remarked.

Dr. Bob Szafran, sociology professor in the Department of Anthropology, Geography and Sociology, served as the department chair for many years during the time Segady taught at SFA.

"Some faculty members mark their progress by the number of articles they have published; however, for Tom, it's the number of students whose lives he's changed for the better," Szafran said. "Tom is an exceptional teacher of students. Whether individually or in a group, he enables students to see their potential as human beings. I'm looking forward to his message to this graduating class. I'm sure it will be smart, heartfelt and fun."

"One of my greatest accomplishments is having the honor of teaching literally thousands of SFA students and the joy of being able to hear from many of them long after they've graduated," Segady said.