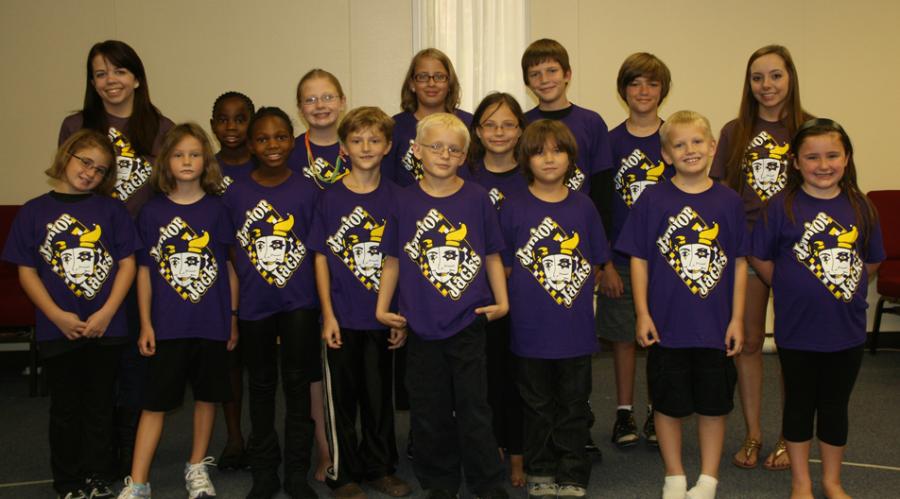 So much so that the third through sixth grades category is already filled for this summer's two-week day camp. But a few openings are available for seventh through ninth graders, according to Carolyn Conn, associate professor of theatre at SFA and the camp's director.

Junior Jacks was designed as a day-camp version of the highly successful High School Summer Theatre Workshop at SFA.

"We have children representing all local and nearby schools as well as many home schoolers," Conn said. "There are also many repeat campers. This year, five of our former Junior Jacks 'graduates' are attending the High School Summer Theatre Workshop at SFA. We also have one former Junior Jack/High School Workshop participant who just completed her first year as an SFA theatre major."

Junior Jacks is a community outreach opportunity to introduce children to theatre and allow the School of Theatre's teacher certification students to work with students who are younger than high school age. This year's camp is scheduled for Monday, Aug. 1, through Saturday, Aug. 13. Registration deadline is July 29.

Junior Jacks campers play theatre games and rehearse plays that will be performed at the camp's conclusion. The younger group meets from 9 a.m. to noon and the older group meets from 1 to 5 p.m. Monday through Friday. Play performances will be at 2 p.m. and 4 p.m. Saturday, Aug. 13, in Room 160 in the Wright Music Building on the SFA campus.

Registration cost is $75 per student and $50 for each additional sibling within a single family. Needs-based scholarships may be available. More information and a registration form can be found at theatre.sfasu.edu, or contact Conn at (936) 468-1031 or conncs@sfasu.edu