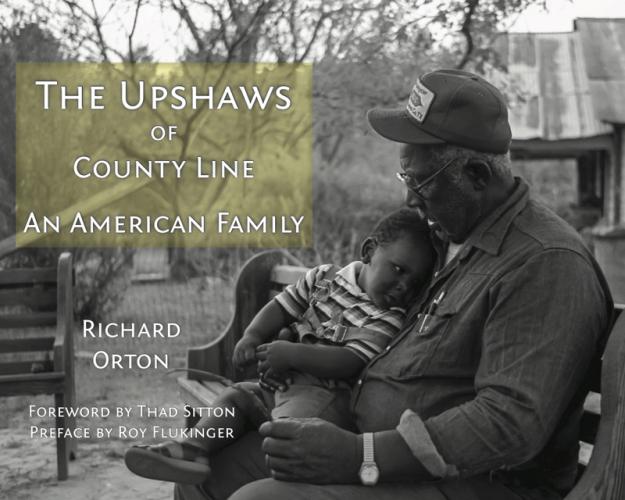 The presentation takes place during the fourth annual Nacogdoches Main Street Wine Swirl, which is a wine-and-food pairing event that showcases Texas wineries and local restaurants inside the doors of downtown Nacogdoches businesses.

Although tickets must be purchased in advance to participate in the Wine Swirl, admission to Orton's talk is free, according to Alisa Steed, events coordinator for the art galleries of Stephen F. Austin State University. Orton's talk is also presented in observance of Black History Month and is an official Nacogdoches 300 Tricentennial event.

"We are excited to present this event free to our community in honor of Black History Month and as special added value for Wine Swirl participants," Steed said. "Richard's enthusiasm and commitment to this project are contagious and highlight an important segment of Nacogdoches County history. Many members of the Upshaw family are expected to attend and participate in the presentation."

In the late 1980s, Orton became acquainted with the Upshaw family, which had lived for decades in the northwest Nacogdoches County community of County Line. He began a project of documenting the community's history through photographs and oral histories that resulted in the eventual publication of his book, "The Upshaws of County Line: An American Family" by the University of North Texas Press in 2014 after 25 years of preparation.

"The story I tell in my book and presentation is personal and universal," he said. "It's about the strength of family and community and the resilience of humankind. Because I am white, and the community is black, it speaks directly to the potential for black/white relationships. In County Line, I am on cultural turf not my own, which, in a different sense, is the common experience of black people in America."

He does that through images captured through the camera lens and through the words of people born and raised there. His presentation provides an opportunity for diverse audiences "to recognize their commonalities and engage in positive dialogue about race," he said.

Orton, who is a native of Nacogdoches and returned to East Texas in 2007 after living and working in Austin for 36 years, is active on the boards of the SFA Friends of the Visual Arts and the African American Heritage Project.