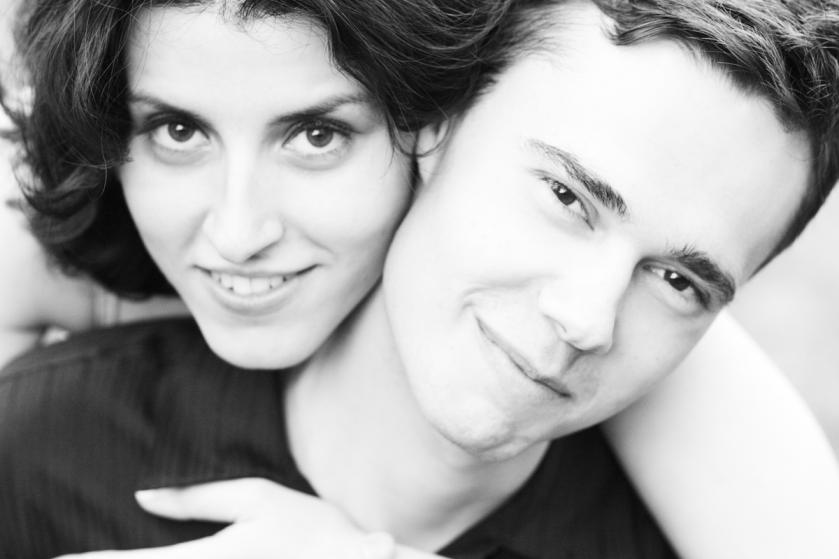 Matthew and Katarina Loudermilk will perform works by Franz Schubert and Sergei Rachmaninoff in a guest recital at 7:30 p.m. Friday, Oct. 28, in Cole Concert Hall on the SFA campus.


NACOGDOCHES, Texas - The husband-and-wife piano duo of Matthew and Katarina Loudermilk will present a guest recital at 7:30 p.m. Friday, Oct. 28, in Cole Concert Hall in the Wright Music Building on the campus of Stephen F. Austin State University.

The concert is a presentation of the SFA College of Fine Arts and School of Music and is a feature of the Cole Performing Arts Series.

The duo will perform works by Franz Schubert, including the Fantasia in F minor for piano four-hands, D 940. Works by Sergei Rachmaninoff will be performed in the second half of the concert.

Matthew and Katarina Loudermilk have performed numerous times on KUHF Radio, and their Schubert Fantasy was featured on Houston's PBS television station. In the summer of 2015, Matthew and Katarina toured China with a program of Rachmaninoff's music, and this past summer they performed in Moscow, Russia.

As a soloist, Matthew has performed throughout the United States, including appearances at the NFMC national convention in New Orleans, Severance Hall in Cleveland, the Gilmore Festival in Michigan, the Cincinnati Art Museum and a live performance on WCLV-FM, Cleveland's classical music station.

Born in Moscow, Katarina made her Russian debut at age 13 in the Bolshoi Hall of the Moscow Conservatory. She has performed throughout Russia and Europe including appearances at the National Art Museum and Rudolfino Hall in Prague and the Maliy Hall of the Russian Music Academy.

In addition to their performing careers, Matthew and Katarina are co-founders and directors of the International Music Academy in Houston, which is revolutionizing the approach to children's music education. As highly sought after speakers and judges, they have presented at the TMTA Convention, Society for the Performing Arts and Tuesday Musical Club, as well as giving guest lectures at Rice University.