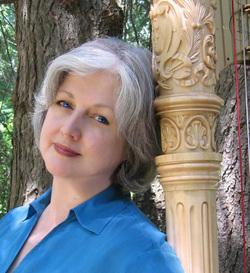 The ensemble is made up of string faculty and students at SFA with Geneva Fung, staff accompanist, as harpsichordist.

The concert will feature mostly Baroque concertos that are also Christmas concertos, composed especially for the season, according to Dr. Jennifer Dalmas, associate professor of violin and viola and ensemble member.

“Christmas concertos differ from other concerto grossos in that they contain a gentle ‘pastoral’ movement that evokes the shepherds’ tale from the Christmas story,” Dalmas said.  “The other piece featured is the popular Harp Concerto by Handel, with soloist Emily Mitchell.”

George Frideric Handel’s Harp Concerto in B flat major is considered a staple in the harp repertoire, Dalmas said.

“It is a wonderful showpiece for the soloist,” she said. “It follows the typical fast-slow-fast movement structure of later concertos and contains charming and memorable melodies.”

Other program selections feature Christmas concertos by Italian composers Arcangelo Corelli, Giuseppe Torelli, Pietro Antonio Locatelli and Francesco Manfredini. Of these, the best known is Corelli’s, which may be familiar to the audience.

“The other concertos, though less known, are delightful examples of concertos from this time period with their polyphonic textures and beautiful tone colors,” Dalmas said.

The concert is a presentation of the SFA College of Fine Arts and School of Music and is a feature of the Cole Performing Arts Series. Cole concert Hall is located in the Tom and Peggy Wright Music Building, 2210 Alumni Drive.