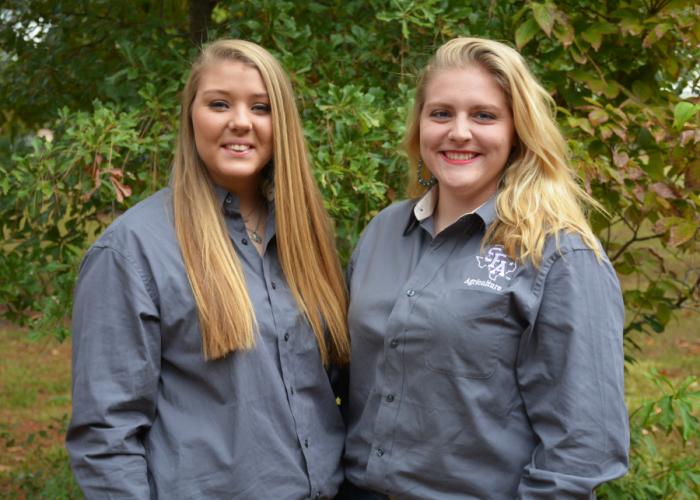 Zoé Smiley, left, from Corrigan and Laken Read from Chester are recipients of the national Future Farmers of America American Degree. The award, considered to be one of the organization’s top honors, is bestowed upon less than one percent of FFA members. Smiley and Read are pursuing a Bachelor of Science in agriculture at Stephen F. Austin State University in the Arthur Temple College of Forestry and Agriculture.

Less than one percent of FFA members receive the honor, which celebrates members who have demonstrated the highest level of commitment to the organization, as well as significant accomplishments in agricultural education.

To be eligible for consideration, members must fulfill a number of requirements, which include a proven record of leadership and community involvement, submitting records substantiating outstanding supervised agricultural experiences and participation in at least 50 hours of community service.

“It takes a lot of hard work and dedication to get this award, and considering less than one percent of students involved in the program receive it, it is a tremendous honor,” Smiley said.

Smiley has been an FFA member for seven years. In addition to her commitment to FFA, she also is a member of Zeta Tau Alpha and the SFA Livestock Judging Team.

Read has been involved in FFA for 12 years and plans to pursue a career as an agriculture teacher to share her passion with future generations.